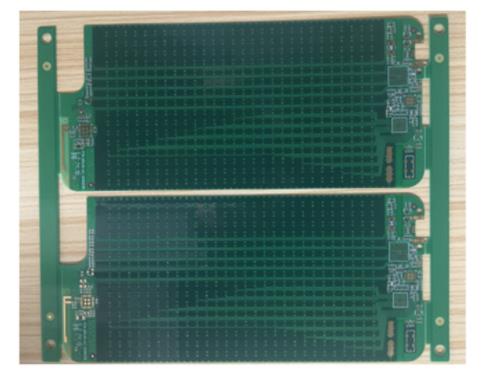 Eight safety distances must be considered in PCB design

Eight safety distances must be considered in PCB design

The hole diameter tolerance is slightly different according to different plates, which can be controlled within 0.05mm generally, and the minimum pad width shall not be less than 0.2mm.

As far as the processing capability of mainstream PCB manufacturers is concerned, the spacing between pads shall not be less than 0.2mm.

The distance between the live copper sheet and the PCB edge should be no less than 0.3mm. You can set this spacing rule on the Design Rules Board outline page.

In case of large-area copper laying, there is usually a contraction distance with the plate edge, which is generally set as 0.5mm. In PCB design and manufacturing industry, in general, due to the mechanical considerations of the finished circuit board, or to avoid the possibility of curling or electrical short circuit due to the exposure of the copper sheet on the board edge, engineers often shrink the large area of copper block with respect to the board edge by 20 mils, instead of always laying the copper sheet to the board edge.

There are many methods to deal with the copper skin shrinkage, such as drawing a keepout layer on the board edge, and then setting the distance between copper and keepout. A SIMple method is introduced here, which is to set different safety distances for the copper laying objects. For example, if the safety distance of the whole board is set to 0.25mm, and the copper laying is set to 0.5mm, the board edge can be shrunk by 0.5mm. At the same time, the possible dead copper in the device can be removed.

The distance between vias (VIA) and vias (hole edge to hole edge) should be better than 8mil.

3. Distance from silk screen to pad

Of course, the specific situation shall be analyzed in the design. Sometimes the silk screen is deliberately close to the bonding pad, because when two bonding pads are close together, the middle silk screen can effectively prevent short circuit of solder connection during welding, which is another case.

When assembling and pasting PCB factory components, it is necessary to consider whether the horizontal direction and space height will conflict with other mechanical structures. Therefore, in the design, it is necessary to fully consider the adaptability between components, between PCB finished products and product shells, and on the spatial structure, and reserve a safe space for each target object to ensure that there is no conflict in space. PCB manufacturers, PCB designers and PCBA manufacturers will explain the eight safety distances that PCB manufacturers must consider in PCB design

Explanation on wiring arrangement and reasonable layout of components on PCB

Explanation of the Five Most Common Errors in 5G PCB Design