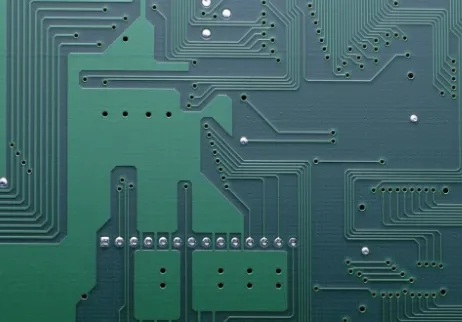 What are the common pcb board design software? Each good or bad?

What are the common pcb board design software? Each good or bad?

Pcb factory explains that the selection of design software is indispensable in PCB design. This paper will introduce the software of pcb design one by one.

EDA tool is an indispensable good helper for every engineer in the project, whICh greatly speeds up our design process. Every engineer should master and be familiar with the use of at least one EDA tool. You can often see the classic novice question: Which drawing tool should I learn? Which drawing tool is more powerful? Which drawing tool is better? There is a huge amount of information about the functions of various tools on the Internet, and EDA tool itself contains many versions and tools with independent functions, so beginners are inevitably at a loss. In recent years, EDA Company has carried out dazzling integration and merger, and large companies have frequently bought SMAll companies with potential. The MARKet concentration is getting higher and higher. Mentor and CADence, many of our common EDA design tools come from these two companies. In addition to these two big companies, tools from Altium, Zuken, CadSoft and other companies can also be seen frequently. Now let's sort out the products of each company.

Mentor's PCB design tools are probably the most complex and the largest among all companies. In recent years, mentor has also been continuously optimizing and integrating its product line, forming a gradually clear product line.

1） The PADS series is an upgraded product after the acquisition of the original PowerPCB. Among them, the schematic tool is PADS logic, the PCB tool is PADS layout, the automatic routing tool is PADS router, and the package library production tool is LP wizard. The characteristics of PADS series tools are SIMple to use, quick to use, flexible design, and high degree of freedom for users. It has a high market share among domestic low-end customers. The most intimate thing is that the official Chinese version of the new version of the PADS series tools has been launched, which is rare in EDA tools, and fully demonstrates the importance attached to the Chinese market. It should be emphasized that the encapsulation library production tool LP Wizard can be used to automatically generate encapsulation libraries as long as it is a standard encapsulation tool. It supports Mentor's own tools as well as other tools. It is strongly recommended to reduce the risk of errors in database creation.

2） Hyperlynx series is a well-known simulation tool series of Mentor Company. Hyperlynx itself contains many parts, which can respectively complete different simulation requirements such as signal integrity, power integrity, DRC check, thermal simulation, and analog simulation. Although there may be a gap compared with professional simulation tools, it is fast, easy to use, and the results are acceptable, which is good under general use conditions.

3） Expedition EnterPrice series is a star product of Mentor Company, referred to as EE for short. It mainly faces the needs of middle and high-end customers. It has the leading technical level in the industry in terms of multi-layer boards, pushing, automatic wiring, etc. The schematic tool is mainly Dxdesigner, and the PCB tool is Expedition PCB (many people like to call it WG and workgroup). Mentor also has a boardstation (EN) series of tools. Now many functions are integrated into Expedition. I feel that the boardstation (EN) series will slowly withdraw from the stage of history and be completely replaced by the EE series. In addition, the number of people using it in China is also very limited, and reference materials and software are very difficult to find.

Allegro, the layout tool of Cadence, has a high reputation in the industry. It is said that 60% of computer motherboards and 40% of mobile phone motherboards in the world are completed by Allegro. From one side, it can be seen that Allegro has a high share in high-speed PCB design. The original schematIC design tool Design Entry HDL of Cadence was widely criticized, but since the acquisition of OrCAD, the weaknesses in schematic design have been well remedied. At present, Cadence's main design process is OrCAD for schematic design and Allegro (PCB Editor) for PCB layout. Because they are all in one company, the two tools can be seamlessly linked, which is very convenient to use. The automatic routing tool PCB Router of Cadence is also very powerful. With perfect rule settings, the routing rate is high. I once saw a complex PCB composed of four high-end FPGA chips from Xilinx Company, and I was shocked to see that Cadence's own automatic routing tool was used to fully deploy it, requiring only a few modifications. For different customers, Cadence divides the software into L, XL, GXL and other versions with different advanced functions through different license authorizations. To use the advanced functions of the software, you must have the license of GXL version. Allegro has a strong momentum in recent years. Many large companies have turned to Allegro for PCB design. To some extent, Allegro has become the de facto industry standard. In addition to PCB design tools, Cadence is also equipped with powerful simulation tools to synchronize design and simulation.

Altium was formerly known as Protel in China. Many students in schools also have the basic course Protel 99SE. Protel's greatest feature is its flexibility, which gives users the greatest freedom to do whatever they want. Many old engineers who have been using DOS have a special liking for Protel. Some old engineers use Protel to Draw PCB directly, because the schematic diagram is already familiar to them. Although flexible, this design method that does not attach importance to the design process will bring difficulties to the subsequent work handover and design communication. Since Protel 99SE, Altium has made many large-scale software upgrades and improvements. The latest version should be Altium Designer 13 (AD 13). The biggest feature of AD software is integration. It integrates all functions into one tool. With the update of software, its functions become more and more powerful. At the same time, the size of software becomes more and more unacceptable. However, some functions are very considerate, considering the convenience of users. For example, the real-time display of network names on the network can be used for reference in new versions of other tools. It can be said that AD is still an easy to use PCB design tool.

Zuken and CadSoft's products have a small share in the domestic market. Here is a brief introduction. Zuken is a product of a Japanese company, so it is welcomed by many Japanese enterprises or companies that have business relations with Japan. Zuken's high-end design tools are CR8000 and CR5000. The low-end design tool is CADSTAR. CadSoft's design tool is Eagle. It entered the domestic market late, and there are certain markets in Europe and America. Although rare, Eagle has its own characteristics. Focus on PCB design, without fancy functions. The standard version supports 6-layer Board Design, while the professional version only supports 16 layer board design. The tool itself is small, fast and cheap. It is a very affordable choice for small businesses in Europe and the United States. However, this seems to have no advantage in China, because we all know, hehe.

By comparing the tools of several companies, we can clearly see the characteristics of various tools and give us a reference for our study. If you are an electronics enthusiast or a student learning design for the first time, it doesn't matter which tool you use. The first thing is that it is easy to use. If your goal is to take circuit design as your subsequent career development direction, it is necessary to choose a tool with high market share and powerful functions. After all, another purpose of learning tools is communication. If no one can use the tools you use, communication will be difficult.

Finally, tools are just tools. The purpose of hardware design is to design hardware products that meet the requirements. No matter which of the above tools can achieve this goal, there is no essential difference between tools on this point. The real difference is who uses the tool. Tools are just our weapons, and we should not focus on the tools themselves, no matter which tools we choose, it is good to use them skillfully. More time is still needed to learn how to make a qualified design. The PCB assembly, PCB design and PCBA manufacturer will introduce to you the common PCB design software? Each good or bad?