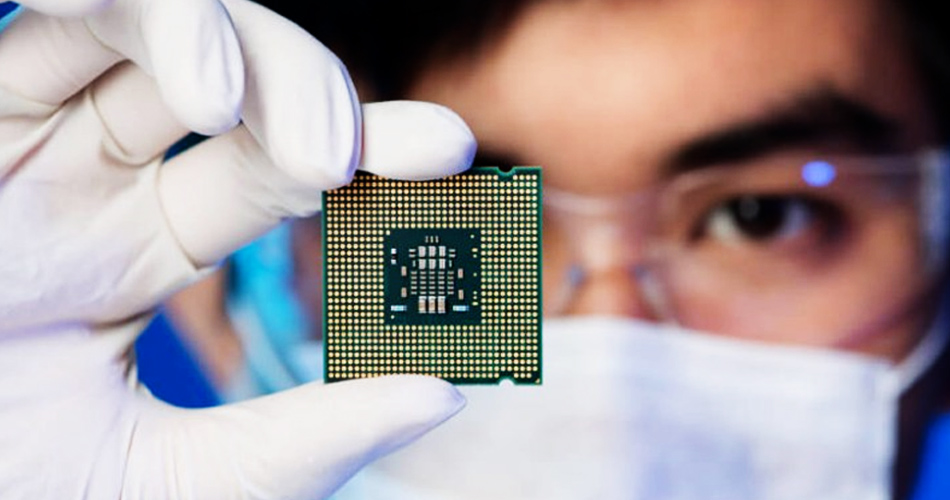 What chips are being made by Internet manufacturers?

What chips are being made by Internet manufacturers?

In the post epidEMIc era, it seems that we are embarrassed to call a big factory without making two chips. Recently, Byte and Kwai also joined the core making group chat.

The byte chip team has divided the server chip, AI chip and video cloud chip into three categories. Kwai released the video cloud servICe brand StreamLake, and launched the cloud based intelligent video processing SoC chip SL200. According to its official introduction, the video compression rate of this chip is "the fastest in the world".

The joining of a large bankable factory directly boosted the remuneration of chip design talents. Last year, three Baidu chip related talents were cut off. According to the HR department, the reason was that "they gave too much".

Students of integrated circuit major who have made every effort to change careers suddenly find themselves becoming the hot cakes of big factories. This makes the melon eating people more or less caught off guard. How can we carry the banner of hard technology?

Regarding the core making of large factories, two basic facts should be clarified first:

1. It is normal for Internet companies to make chips, not only Chinese companies, but also Google and Amazon.

2. However, the chips made by Internet companies have little to do with solving the "choke" problem.

As early as 2013, Google began to develop TPU chips for AI scenarios to solve the growing internal computing needs and costs [1].

At that time, Google already had image search, Google photos, cloud vision API, Google translation and other AI related businesses. After that, it acquired DeepMind, a well-known AI unicorn enterprise. To support so many products and services, the computing power of the data center may have to be doubLED.

At the 2017 Wuzhen Weiqi Summit, the enhanced version of AlphaGo2.0 won the game with a crushing advantage of three to zero. After the game, Ke Jie cried bitterly, relying on the TPU chip.

A few years later, this core making heat was transferred to China, and large factories joined the group chat one after another.

In 2017, Baidu and the old semiconductor company Xilinsi cooperated on an XPU chip, and on this basis, they independently developed the cloud based full function AI chip "Kunlun".

Kunlun 1 has been successfully mass produced through Samsung OEM, and has deployed 20000 pieces in Baidu search engine and cloud computing. In 2021, the SMArt chip and architecture departments will SIMply be separated for independent financing, with a valuation of 13 billion yuan. At the same time, Kunlun 2 will enter mass production.

Alibaba acquired Zhongtian Microelectronics (the only independent embedded CPU IP Core in mainland China), merged it with the chip team of Damo Institute, and established a wholly-owned subsidiary, "Pingtou Semiconductor".

At present, Pingtou Brother has four product series: black iron (processor IP), feather array (RFID chip), relying on the sky (ARM server chip) and light (high-performance AI reasoning chip). It is said that the shipment of black iron series processors has exceeded 2 billion, and more than 200 enterprises are using them.

Apart from the investment of large factories in the industrial chain, the characteristics of self-developed chips are very similar: most of them are special-purpose chips with low versatility.

For example, the so-called general-purpose chips, such as Nvidia's GPU, can be competent for games, rendering, AI, mining and other scenes; However, most special chips are only used for a very specific scene. For example, a class of chips named PPU (Physics processing unit) was born at the beginning of the century, which is independent of the CPU and GPU and is dedicated to the simulation of physical effects in 3D games.

For example, Taobao's ability to identify goods according to pictures, "Pai Li Tao", is one of Alibaba's magic weapons for the shopping festival. After using Hiroto's AI reasoning special chip "Light 800", we can complete the identification of 1 billion "Photo Litao" commodity maps in 5 minutes, while the traditional GPU processing takes 1 hour.

In short, special-purpose chips sacrifice universality and strengthen a specific function. When Nvidia makes chips, it should not only serve Google, Amazon, but also Tesla and Weilai. It should also consider the majority of game players and mine owners. This is "universality".

On the other hand, the scene of AI training will not be considered when it is put on a special chip to develop an AI reasoning chip. Alibaba makes chips for Taobao business, and will not consider whether Pinduoduo can be used smoothly or not.

Due to extreme specialization, the technical threshold of special-purpose chips is relatively limited. In the design of this ring, many chips used at the edge and terminals simply use ARM and RISC-V and other simplified architectures, and the instruction set is open source; Some chips with strong specificity can even adopt self-developed architecture.

Therefore, the biggest purpose of Internet companies to develop their own chips is precisely what they are doing at present: reducing costs and increasing efficiency.

Within one year of the launch of its own chip, Amazon Cloud Service reduced its price more than 9 times in the whole year, successfully driving downstream customers to reduce costs and increase efficiency.

Therefore, the cost performance ratio is the first power for large factories to make cores. For example, Tencent's "Xuanling" is to let the self-developed special chip handle the less important function of virtualization, so that the higher cost CPU can free up energy and deal with more important things.

Tencent, Byte and Kwai are all investing in special chips for audio and video cloud processing, seeking to transmit content with higher compression rate and smaller bandwidth. It should be known that the bandwidth expenditure of major manufacturers accounts for nearly 10% all the year round, and the bandwidth magnitude of Kwai is close to hundreds of TB [3]. With the help of special chips, it can save a lot of money.

In short, in specific scenarios such as streaming media playback and speech recognition, you can use general-purpose chips such as CPU/GPU to process at the cost of low efficiency and cost. Therefore, when the business volume reaches a certain level, the self-developed special-purpose chip is a better choice for cost performance.

In the context of independence and autonomy, public opinion expects big manufacturers to meet with general-purpose chip design companies like Qualcomm/AMD, but this is not in line with business logic.

Even for companies like Apple, when they develop M1 chips, they start with some segmentation scenarios, such as highlighting the stronger performance in specific scenes such as editing and video processing, and the adaptation to MacOS, rather than "beating Intel" in all directions.

With the size of Apple, we still need to avoid the edge of differentiated competition, and we can imagine the consequences of beating stones with eggs.

Xiaomi once entered the development of SoC in a high-profile way. It is widely rumored that Xiaomi's mobile phone SoC Surging S2, which was heavily wagered, ended up in failure after several times of streaming trial production, and conservatively estimated that it burned 300 million yuan of research and development costs.

Another typical failure case is Samsung. In 2015, Samsung launched the mongoose M1 architecture for the first time and adopted it in some flagship mobile phones, Galaxy S7 and Note7, pointing to Apple's A-series SoC.

The mongoose architecture has been iterative to M5 all the way, but its performance has always lagged behind Qualcomm and Apple, and was finally completely abandoned in 2019.

The development strategy of most domestIC chip design companies is to target a subdivision scenario, starting from chips with low versatility. For example, domestic start-up GPU enterprises such as Biren Technology, Tiantian Smart Core, Muxi, etc., most of them take a detour to target the GPGPU needs of B-end  G-end data centers, cut off the graphic processing functions that are not needed in the data centers, and in some vertical areas, they can fight back and forth with giants.

For these companies, it is a more practical way to start with dedicated chips. It is unwise to play hard with giants in the general scenario. In fact, Nvidia's GPU was also a special chip in the game scene at the beginning, and then expanded to AI, virtual currency and other scenes.

Internet companies do have a lot of money, but it costs more to make chips, especially advanced process chips.

For core making, one hundred million yuan a year is only enough to train in the novice village.

It is not difficult to develop a chip. What is difficult is to develop a high profit chip for the consumer market. This requires not only technological breakthroughs, but also the cooperation of terminal products, the corresponding software ecology, and long-term capital investment.

In recent years, the enthusiasm for chip autonomy has never been higher. To be fair, the domestic semiconductor industry has made great progress in the past ten years, but the contribution does not come from the Internet upstarts, but from the industry veterans who have accumulated for a long time.

The most typical is HiSilicon, which was founded even earlier than Huawei's smart phone business. Ascend D series is equipped with HiSilicon's quad core mobile phone processor chip K3V2 for the first time. Netizens scolded it because of poor experience. It is said that the angry Ren Zhengfei once threw the phone in Yu Chengdong's face in front of many executives.

The premise of HiSilicon Coremaking is that Huawei has an operator business that supports high R&D expenses and trial and error costs. It accounts for more than 40% of Huawei's revenue structure all year round.

In the field of DRAM, Hefei Changxin will mass produce domestic DDR4 memory chips in 2019, which is of great significance in dealing with the "neck jam". Zhaoyi Innovation is the world's third largest NOR FLASH enterprise and China's first. Ziguang Zhanrui has also become the world's third largest mainstream mobile phone SoC solution provider after Qualcomm and MediaTek.

High risk, high investment and long cycle are the iron laws of the semiconductor industry. Every link has deep barriers, which is obviously not suitable for Internet companies who are used to fighting high and expanding rapidly.

However, when the chip design is set on an independent context, the Internet giant has become the most vocal, just like the leader of hard technology.

Therefore, regarding the core making of large factories, we should look at it from two aspects:

On the one hand, most companies' self-developed chips are essentially innovation based on new scenarios. For example, large-scale virtualization needs, AI needs, and video image encoding and decoding needs. Although this kind of innovation is far from "hanging Intel", it is also a good thing to accumulate talent pool for the industry and let chip engineers who have suffered for more than ten years get big factory options.

At the same time, semiconductor is an industry with a high degree of division of labor and globalization. It is obviously not realistic for Internet companies to meet the world's top chip design companies and let them realize the autonomy and control of general-purpose chips such as CPU.

Neither Byte, Ali nor Kwai has its own terminal products. How can they cover the cost of chip R&D? This is not in line with the business logic.

But on the other hand, it is unnecessary to make a few chips with opposite edges to blow the whistle.

If you really want to make achievements in hard technology, should you first think about whether the highly paid chip engineers will report to the technical department or the public relations department?

Is the color of pcb important to it? Do different colors have different functions

The growth of consumer electronic products, the output value of flexible PCBs continues to grow