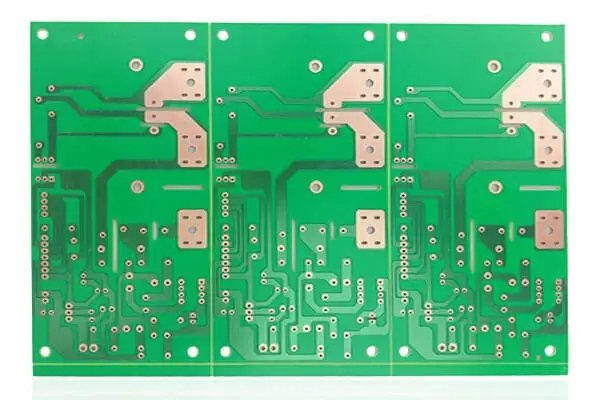 Reflection caused by the change of circuit board wiring width

Reflection caused by the change of circuit board wiring width

When routing PCB boards, it often happens that when routing through an area, thinner lines have to be used because of the limited wiring space in the area. After passing through the area, the lines will be restored to their original width. The change of wiring width will cause impedance change, so reflection will occur and affect the signal. Under what circumstances can this influence be ignored, and under what circumstances must we consider its influence?

There are three factors related to this effect: the magnitude of the impedance change, the rise time of the signal, and the time delay of the signal on the narrow line.

First, the magnitude of impedance change is discussed. The design of many circuits requires that the reflected noise is less than 5% of the voltage swing (this is related to the noise budget on the signal). According to the reflection coeffICient formula:

The approximate change rate of impedance can be calculated as: △ Z/Z1 ≤ 10%. As you may know, the typical indicator of impedance on a circuit board is+/- 10%, which is the root cause.

If the impedance changes only once, for example, when the line width changes from 8mil to 6mil, the 6mil width is maintained all the time, the impedance change must be less than 10% to meet the noise budget requirement that the signal reflected noise at the abrupt change does not exceed 5% of the voltage swing. This is sometimes difficult to do. Take the microstrip line on the FR4 board as an example, let's calculate it. If the line width is 8mil, the thickness between the line and the reference plane is 4mil, and the characteristic impedance is 46.5 ohms. The characteristic impedance becomes 54.2 ohms when the line width changes to 6 mil, and the impedance change rate reaches 20%. The amplitude of the reflected signal must exceed the standard. As for the impact on the signal, it is also related to the signal rise time and the signal delay from the driving end to the reflection point. But at least this is a potential problem. Fortunately, the problem can be solved by impedance matching termination.

When the PCB wiring width changes, careful analysis should be made according to the actual situation to see if there is any impact. There are three parameters to be concerned: how large is the impedance change, how long is the signal rise time, and how long is the neck part of the line width change. Estimate roughly according to the above method, and leave a certain margin appropriately. If possible, try to reduce the length of the neck.

It should be pointed out that in the actual PCB processing, the parameters cannot be as accurate as in the theory. The theory can provide guidance for our design, but it cannot be copied or dogmatic. After all, this is a practical science. The estimated value shall be properly revised according to the actual situation and then applied to the design. If you feel inexperienced, you should be conservative first, and then make appropriate adjustments according to the manufacturing cost. The circuit board designer and the circuit board processor explain the reflection caused by the change of circuit board wiring width.