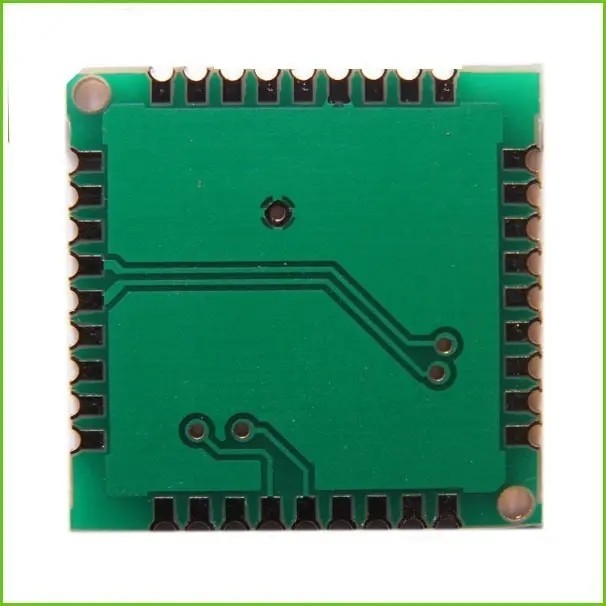 The transmitter has two main PCB design goals: first, they must transmit specific power with the minimum power consumption. Second, they cannot interfere with the normal operation of transceivers in adjacent channels. As far as the receiver is concerned, there are three main PCB design goals: first, they must accurately restore small signals; Second, they must be able to remove interference signals beyond the desired channel; Finally, like transmitters, they must consume very little power.

The receiver must be sensitive to detect small input signals. In general, the input power of the receiver can be as small as 1 μ V。 The sensitivity of the receiver is limited by the noise generated by its input circuit. Therefore, noise is an important consideration in PCB design of receiver. Moreover, the ability to predict noise with simulation tools is indispensable. Figure 1 shows a typical superheterodyne receiver. The received signal is filtered first, and then the input signal is amplified by a low noise amplifier (LNA). The first local oscillator (LO) is then used to mix with this signal to convert this signal into intermediate frequency (IF). The noise efficiency of front end circuit mainly depends on LNA, mixer and LO. Although LNA noise can be found using traditional SPICE noise analysis, it is useless for mixers and LO, because the noise in these blocks will be seriously affected by large LO signals.

Small input signals require the receiver to have a great amplification function, usually requiring a gain as high as 120 dB. At such a high gain, any signal from the output coupling back to the input may cause problems. The important reason for using superheterodyne receiver architecture is that it can distribute the gain in several frequencies to reduce the probability of coupling. This also makes the frequency of the first LO different from that of the input signal, which can prevent large interference signals from "polluting" small input signals.

For different reasons, in some wireless communication systems, direct conversion or homodyne architecture can replace superheterodyne architecture. In this architecture, the RF input signal is directly converted to the fundamental frequency in a single step, so most of the gain is in the fundamental frequency, and the LO is the same as the frequency of the input signal. In this case, the influence of a small amount of coupling must be understood, and a detailed model of "stray signal path" must be established, such as the coupling through the substrate, the coupling between the package pin and the bonding wire, and the coupling through the power line.

Therefore, "linearity" is also an important consideration when PCB designs the receiver. Since the receiver is a narrowband circuit, the nonlinearity is measured by "intermodulation distortion". This involves driving the input signal with two sine waves or cosine waves with similar frequencies in the central band, and then measuring the product of their intermodulation. Generally speaking, SPICE is a time-consuming and costly simulation software, because it must perform many times of cyclic operations before it can obtain the required frequency resolution to understand the distortion.

Distortion also plays an important role in the transmitter. The nonlinearity generated by the transmitter in the output circuit may cause the bandwidth of the transmitted signal to be scattered in adjacent channels. This phenomenon is called "spectrum regrowth". Before the signal reaches the power amplifier (PA) of the transmitter, its bandwidth is limited; However, the "intermodulation distortion" in the PA will cause the bandwidth to increase again. If the bandwidth is increased too much, the transmitter will not meet the power requirements of its adjacent channels. When transmitting digital modulation signals, in fact, SPICE cannot be used to predict the re growth of the spectrum. Because there are about 1000 digital symbol transmission jobs that must be simulated to obtain a representative spectrum, and also need to combine high-frequency carriers, these will make the transient analysis of SPICE impractical. PCB assembly, PCB design and PCB processing manufacturers explain PCB drawing board knowledge - RF circuit part.

Via classification, ground hole function and circuit board parallel design