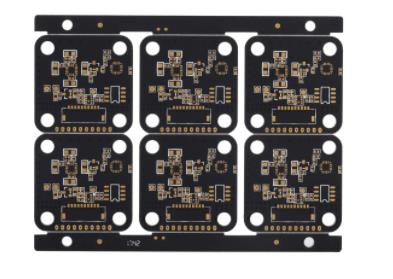 In high-speed PCB boards, routing is not just to connect two points. As a qualified engineer, wiring is a mixed knowLEDge carrier including resistance, capacitance and inductance. The signal line will reflect during transmission. It must be understood that the size of the load side reflection depends on the Z of the transmission line and the Z of the load.

Below is a detailed analysis of the driver's reflection process of generating a signal from 3.5V to 0.2V.

In this transmission line with miSMAtched impedance, the signal is reflected back and forth in this way, and its amplitude decreases a little every time it is reflected, until it finally disappears. The vertical lines on the left and right represent the voltage at the source end and the load end respectively, and the diagonal lines indicate the voltage of the transmission signal and the reflected signal. It can also be used to represent the specific reflection process of the signal. One represents the source signal and the other represents the load signal. It can be seen that the signal transmitted to the load end drops below the input threshold after 5 cycles, and the transmission delay is generally between 6 and 16 ns/m. If the transmission delay tPD=10 ns/m, the delay through a 0.15 m transmission line is about 1.5 ns, and the signal can be considered effective after being transmitted about 13.5 ns. PCB manufacturers, PCB designers and PCBA manufacturers will explain how to deal with signal reflection in high-speed PCB design.

PCB manufacturers explain the use of parameter constraints for PCB design