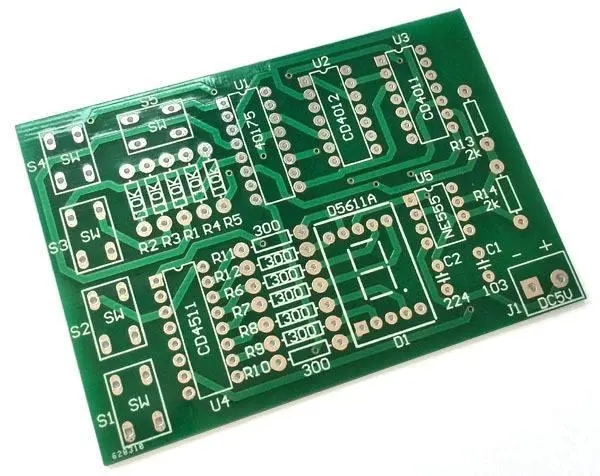 1. When the clock frequency of the PCB exceeds 5MHZ or the signal rise time is less than 5ns, a Multilayer board design is generally required.

Cause: The area of the signal loop can be well controlLED by using the multilayer board design.

Reason: The key signal lines are generally strong radiation or extremely sensitive signal lines. Wiring close to the ground plane can reduce the area of the signal circuit, reduce its radiation intensity or improve the anti-interference ability`

3. For single-layer boards, both sides of key signal lines shall be wrapped.

Reason: The two sides of the key signal are grounded, which can reduce the area of the signal loop on the one hand, and prevent the crosstalk between the signal line and other signal lines on the other hand.

4. For the double-layer board, the projection plane of the key signal line has a large area of flooring, or it is wrapped with holes as the single panel.

Cause: It is the same as the key signal of the multilayer board close to the ground plane.

5. In the multilayer board, the power plane shall be reduced by 5H-20H relative to its adjacent ground plane (H is the distance between the power and ground plane).

Cause: Shrinking the power plane relative to its return ground plane can effectively suppress the edge radiation problem.

6. The projection plane of the wiring layer should be within the region of its return plane layer.

Cause: If the wiring layer is not within the projection area of the return plane layer, it will cause edge radiation problems, and increase the area of the signal loop, which will lead to increased differential mode radiation.

7. In the multilayer board, the TOP and BOTTOM layers of the single board should have no signal lines larger than 50MHZ.

Reason: It is better to walk the high-frequency signal between two plane layers to inhibit its radiation to space.

8. For boards with a board level operating frequency greater than 50MHz, if the second layer and the penultimate layer are wiring layers, the TOP and BOOTTOM layers should be paved with grounding copper foil.

Reason: It is better to walk the high-frequency signal between two plane layers to inhibit its radiation to space.

9. In multilayer boards, the main working power plane (the most widely used power plane) of a single board should be close to its ground plane.

Cause: The power plane adjacent to the ground plane can effectively reduce the loop area of the power circuit.

10. In a single layer board, there must be a ground wire adjacent to and parallel to the power line.

Cause: Reduce the area of power current loop.

11. In the double-layer board, there must be a ground wire adjacent to and parallel to the power line.

Cause: Reduce the area of power current loop.

Cause: Parallel signal routing on adjacent wiring layers will cause signal crosstalk.

14. During PCB layout design, the design principle of straight line placement along the signal flow direction shall be fully followed to avoid looping back and forth as much as possible.

Cause: Avoid direct coupling of signals, which affects signal quality.

15. When multiple module circuits are placed on the same PCB, digital circuits and analog circuits, high-speed and low-speed circuits shall be arranged separately.

16. When there are high, medium and low speed circuits on the circuit board at the same time, the high and medium speed circuits should be kept away from the interface.

Cause: Prevent high-frequency circuit noise from radiating outward through the interface.

17. Energy storage and high-frequency filter capacitors shall be placed near unit circuits or devices with large current changes (such as input and output terminals of power modules, fans and relays).

Cause: The existence of energy storage capacitor can reduce the loop area of high current loop.

18. The filter circuit of the power input port of the circuit board shall be placed close to the interface.

Cause: Avoid the lines that have been filtered from being coupled again.

19. On the PCB board, the filtering, protection and isolation devices of the interface circuit should be placed close to the interface.

Cause: It can effectively achieve the effects of protection, filtering and isolation.

20. If there are both filtering and protection circuits at the interface, the principle of protection before filtering shall be followed.

21. The layout shall ensure that the input and output lines of the filter circuit (filter), isolation circuit and protection circuit are not coupled with each other.

Cause: When the input and output wiring of the above circuits are coupled with each other, the filtering, isolation or protection effects will be weakened.

22. If the interface "clean" is designed on the board, the filter and isolation devices should be placed on the isolation belt between the "clean" and the working place.

Cause: Avoid mutual coupling of filter or isolation devices through the plane layer to weaken the effect.

23. No other devices except filter and protective devices can be placed on the "clean ground".

Reason: "Clean" design aims to ensure the minimum interface radiation, and "clean" is easily coupled by external interference, so there should be no other irrelevant circuits and devices on the "clean". 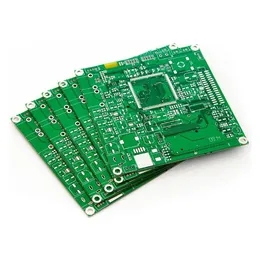