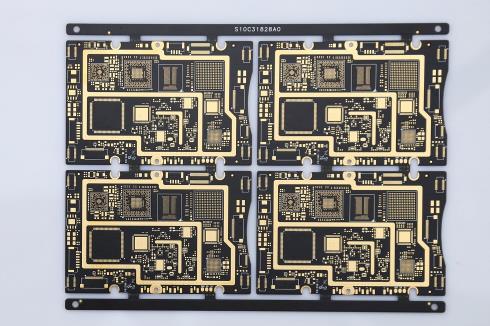 Characteristics and varieties of circuit board composite base copper clad laminate

CharacteristICs and varieties of circuit board composite base copper clad laminate

In the early 1960s, CCL manufacturers in the United States developed CEM-1 products to solve the cracking problem of paper-based CCL during punching and shearing. In the 1970s, CEM-3 products began to be listed in Europe, America, Japan and other countries.

The rigid copper clad laminate made of different reinforced materials is calLED composite CCL. This type of CCL is mainly the CEM series copper clad laminate in NEMA/ANSI standard. In the CEM series, CEM-1 and CEM-3 are the most common varieties. At the initial stage of the development and publication of CEM series composite matrix CCL, there was also a copper clad laminate with epoxy fiberglass paper as the reinforcement and epoxy resin as the main resin. It is called CEM-4. The difference between CEM-4 and CEM-3 lies in two aspects: there is no surface layer of epoxy glass fiber cloth like CEM-3 on both sides of the board; Non flame retardant.

CEM series composite base CCL is between epoxy glass fiber cloth based CCL and phenolic paper based CCL in terms of mechanical properties and manufacturing costs. After more than 30 years of continuous improvement on the performance of composite CCL resin, the current electrical performance of CEM-3 CCL is no less than that of common FR-4 glass fiber cloth based epoxy CCL. CEM series composite base copper clad laminate can be punched or mechanically drilled. Among them, CEM-3 is superior to FR-4 in mechanical drilling machinability. Some CEM-3 products are superior to common FR-4 products in terms of CTI resistance, dimensional accuracy and dimensional stability of plates. With the development of halogen-free CCL in recent years, among the three conventional types of CCL (glass fiber cloth based CCL, paper based CCL and composite based CCL), CEM-3 CCL is the most easily halogen-free CCL. This is superior to its resin composition. In the presence of fillers, it is easy to achieve bromine free flame retardancy. At the same time, after realizing halogen-free, its performance has little difference with the original traditional halogen-containing CEM-3.

Explanation of soft board and soft electronic market situation