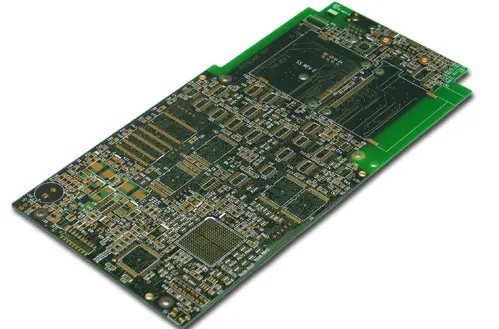 Explain the selection of base plate in PCB drilling process

Explain the selection of base plate in PCB drilling process

The purpose of using upper and lower backing plates for PCB drilling is to prevent the copper foil on the surface and bottom of PCB from blooming and producing burrs, make the PCB drilling surface smooth, improve the quality of PCB, and improve the yield. Because the use of this auxiliary material has certain costs, but it is actually necessary for the above reasons, whICh can greatly improve the qualification rate of products and reduce costs.

The requirement of the upper backing plate for circuit board drilling is that it has a certain surface hardness to prevent burrs on the upper surface of the drilling hole. But it should not be too hard to wear the drill bit. It is required that the resin composition of the upper and lower base plates shall not be too high, otherwise molten resin balls will be formed and adhered to the hole wall during drilling. The greater the thermal conductivity, the greater the better, so that the heat generated during drilling can be quickly taken away, reducing the temperature of the drill bit during drilling, and preventing the drill bit from annealing. There must be a certain rigidity to prevent the plate from vibrating when lifting the drill, and there must be a certain elasticity to make the drill immediately deform when the drill bit is in contact with the drill bit, so that the drill bit can accurately align with the position of the hole to ensure the drilling position accuracy. The material shall be uniform, and there shall be no uneven soft and hard nodes caused by impurities, otherwise the drill bit is easy to break. If the surface of the upper backing plate is hard and slippery, the SMAll diameter drill bit may slip and deviate from the original hole position to drill elliptical inclined holes on the circuit board.

The top backing plates used in China are mainly 0.2~0.5mm thick phenolic paper adhesive plate, epoxy glass cloth plate and aluminum foil. For example, LF2Y2 (No. 2 rust proof aluminum in sEMI cold hardening state or LF21Y (No. 21 rust proof aluminum in cold hardening state) with a thickness of 0.3mm can be used as the top backing plate for drilling ordinary double-sided plates, which has a good effect and can prevent burrs on the surface of the drilling hole when the hardness is appropriate. Due to the good thermal conductivity and rigidity and elasticity of aluminum, it has a certain heat dissipation effect on the drill bit. The material of aluminum foil is more uniform than that of phenolic plate, and there is no impurity to cause the drill bit to break and the probability of hole deflection is greater than that of phenolic plate. It can reduce the drilling temperature and is an environment-friendly material. It is increasingly widely used in many factories. Compared with phenolic board and epoxy board, aluminum foil is not likely to pollute the hole due to the resin contained in it, The thickness of aluminum foil commonly used in the use process is 0.15, 0.20 and 0.30 mm. In actual use, 0.15 has the best contact with the plate surface, but it is difficult to control the process during cutting, transportation and use. The price of 0.30 is a little higher. Generally, 0.20 mm aluminum foil is used in compromise, and the actual thickness is generally 0.18 mm.

There is a composite upper backing plate abroad. Its upper and lower layers are 0.06mm aluminum alloy foil, and the middle layer is a pure fiber core, with a total thickness of 0.35mm. It is not difficult to see that this structure and material can meet the requirements of the upper backing plate for PCB drilling. It is used as the upper backing plate for high-quality multilayer boards. Compared with aluminum foil, it has the following advantages: high drilling quality, high hole location accuracy, improved drill life due to small wear, and at the same time, the plate returns to its original shape after being subjected to external force, which is much better than aluminum foil and much lighter, especially suitable for drilling small holes.

The underlays used in China are phenolic paper board, cardboard and sawdust board. Cardboard is soft and easy to produce burrs, but its texture is even and it is not easy to break the drill bit and bite the drill bit, but it is cheap and can be used in thin copper foil or single panel. The wood chip board has poor texture uniformity, and its hardness is better than that of paper board, but if the copper foil of circuit board drilLED is more than 35 microns, burrs will occur. I have tried to drill 70 microns copper foil double-sided boards with this board, and all of them fail to pass. The best hardness uniformity of phenolic paper board is between the first two, and the use effect is the best, but it is expensive and not environmentally friendly.

There is also a composite lower backing plate abroad. Its upper and lower layers are 0.06mm aluminum alloy foils, and the middle layer is a pure fiber core, with a total thickness of 1.50mm. Of course, its performance is very outstanding and environmental friendly, which is much better than that of phenolic paper board. Especially when drilling multilayer boards and small diameter holes, its advantages can be fully reflected. Of course, its disadvantage is that the price is expensive. PCB manufacturers, PCB designers and PCBA processors will explain the selection of backing plates in PCB drilling process.

Understanding of process residues and the importance of PCB surface cleaning