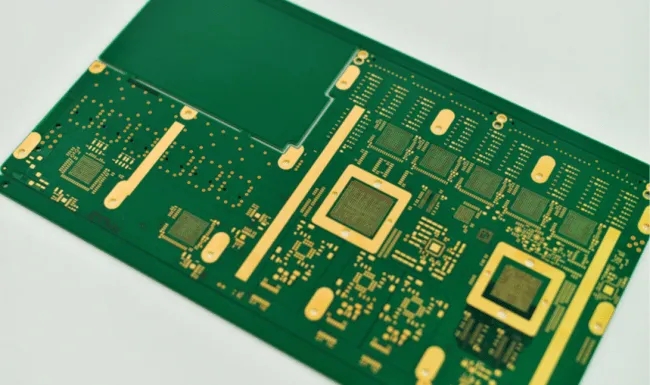 Classification of PCB clad boards and preventive measures against warping

Preventive Measures for Warpage of PCB and classification of PCB Cladding

PCB manufacturers, PCB designers and PCBA processors will explain the preventive measures against warpage of PCB and the classifICation of PCB clad boards

The cause of PCB warping is, on the one hand, that the substrate used may be warped, and on the other hand, that warping is caused by thermal stress, chEMIcal factors and improper process during processing. So, what are the precautions for PCB warping?

(2) Improper placement of CCL will increase warpage. If the copper clad plate is placed vertically or pressed with heavy objects, the warping deformation will be increased.

For example, the conductive circuit diagram of the circuit board is unbalanced or the circuits on both sides are obviously asymmetric, which forms a large stress and causes warping; Warpage caused by higher processing temperature or greater thermal shock during the manufacturing process.

Solution: For circuit boards with large area of copper sheet in circuit graphics, it is better to grid the copper foil to reduce stress.

Solution: Since stress is the main cause of substrate warping, if the plate is baked before the CCL is put into use, the role of the baking plate is to fully relax the stress of the substrate, which is conducive to reducing the warping deformation of the substrate in the manufacturing process.

4. When wave soldering or DIP soldering, the soldering temperature is too high and the operation time is too long, which will also increase the warpage of the substrate.

Solution: improve the wave soldering process, which requires the cooperation of the electronic assembly plant.

What are the classifications of PCB laminates?

Copper clad laminate (CCL) is the most important and most used basic plate for PCB proofing; It is composed of copper foil, reinforcement material and adhesive. Its role is to support various components and realize electrical connection or electrical insulation between them. So, what are the classifications of PCB foil?

The most commonly used reinforcing materials for foil clad boards are alkali free, glass fiber products or paper. Therefore, the laminates can be divided into glass cloth based and paper based.

3. Classification according to characteristics and uses of base materials

According to GB4721-1984, the foil clad plate is generally represented by five English letters: the first letter C represents the copper foil covered, and the second and third letters represent the adhesive resin selected for the base material. For example, PE represents phenolic; EP is epoxy; UP represents unsaturated polyester; SI stands for organic silicon; TF stands for polytetrafluoroethylene, etc. The fourth and fifth letters indicate the reinforcement material selected for the base material. For example, CP stands for cellulose fiber paper; GC means alkali free glass fiber cloth, etc.

If the letter F is added after the product number, it indicates that the laminate is self extinguishing.

PCB manufacturers, PCB designers and PCBA processors will explain the preventive measures against warpage of PCB and the classification of PCB clad boards.