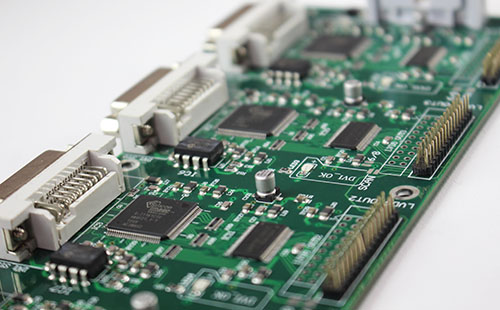 It mainly depends on how many times you have lased.

Here is a brief introduction to the HDI process of PCB. BasIC knowLEDge and production process With the rapid changes in the electronic industry, electronic products are developing towards light, thin, short and SMAll, and the corresponding printed boards are also facing the challenges of high precision, thin lines and high density. The trend of printed boards in the global MARKet is to introduce blind and buried holes in high-density interconnection products, so as to save space more effectively and make the line width and line spacing thinner and narrower.

2、 HDI sheet 1. HDI sheet has the abbreviation of RCC, LDPE, FR41) RCC: Resin coated copper foil. RCC is composed of copper foil and resin whose surface has been roughened, heat-resistant, oxidation resistant, etc. Its structure is shown in the following figure: (used when the thickness is>4mil) The resin layer of RCC has the same processibility as the FR - 4 bonding sheet (Prepreg). In addition, relevant performance requirements of laminated multilayer boards shall be met, such as:

(4) It has high adhesion and strength to copper foil;

(5) After curing, the thickness of insulation layer is uniform, because RCC is a new type of product without glass fiber, which is conducive to laser and plasma etching treatment, and is conducive to the lightweight and thinness of multilayer plates.

3、 Laser pore forming: the principle of CO2 and YAG UV laser pore forming laser pore forming: laser light is a powerful beam excited by increasing energy when the "ray" is stimulated by external factors, in which infrared or visible light has thermal energy, while ultraviolet light has chEMIcal energy. When it hits the surface of the working object, reflection absorption and transmission will occur, among which only the absorbed person will act. The effect on the plate can be divided into two different reactions: photothermal ablation and photochemical cracking. 1. YAG UV laser pore forming: it can gather tiny light beams, and the copper foil has a relatively high absorption rate. The copper foil can be removed, and micro blind holes can be burned to less than 4mil. Compared with CO2 laser pore forming, there will be no resin left at the hole bottom, but the copper foil at the hole bottom is easy to be damaged. The energy of a single pulse is small, and the processing efficiency is low. (YAG, UV: wavelength: 355, wavelength is quite short, it can process very small holes, and can be absorbed by resin and copper at the same time) No special windowing process is required. 2. CO2 laser drilling: infrared CO2 laser is used, CO2 can not be absorbed by copper, but can absorb resin and glass fiber, generally 4-6mil micro blind holes.

The hole forming method is as follows:

A. The method of copper window opening Conforming Mask is to press RCC on the inner core plate, then open the copper window, and then burn the substrate in the window with laser light to complete the micro blind hole. The details are as follows: first, make the inner core plate of FR-4 so that its two sides have blackened lines and target pads, and then press them together. Then, remove the copper skin corresponding to the blind hole position according to the copper etching window film, and then use CO2 laser light to burn the resin in the window, so that the bottom mat can be hollowed out to form a micro blind hole. (The size of the copper window is the same as that of the blind hole) This method was originally the patent of "Hitachi Manufacturing Institute". General operators may have to be careful of legal issues if they want to ship to the Japanese market.

B. The so-called "big window opening method" is to expand the copper window to about 1mil larger than one side of the blind hole. Generally, if the aperture is 6mil, the large window can be opened to 8mil. Our company adopts this method for operation.