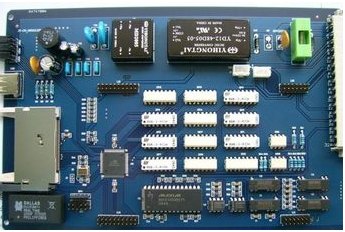 Are PCB design layers mostly even

Most PCB design layers are even, such as the common four layer board and Six layer board. Why is this? In fact, even PCB has more advantages than odd PCB.

Advantages of even PCB

Non standard lamination bonding process should be added to the core structure process for odd PCB. Compared with the nuclear structure, the production efficiency of the plant adding foil to the nuclear structure will be reduced. Before laminating, the outer core requires additional treatment, which increases the risk of scratching and etching errors in the outer layer.

The best reason for PCB design without odd layers is that it is easy to bend. When the PCB is cooLED after the multilayer circuit bonding process, when the core structure and foil coating structure are cooled, different laminating tensions will cause PCB bending. With the increase of PCB thickness, the risk of bending composite PCB with two different structures will also increase. The key to eliminate PCB bending is to adopt balanced layering. Although the bent PCB meets the specification requirements to some extent, the subsequent PCBA processing efficiency will be reduced, resulting in increased costs. Because assembly requires special equipment and process, the placement accuracy of parts is reduced, so the quality will be damaged.

The change is easier to understand: in the PCB technology process, the four layer board is better than the three layer board control, mainly in the aspect of symmetry, the warpage of the four layer board can be controlled below 0.7% (IPC600 standard), but the size and warpage of the three layer board will exceed the standard, which will affect the reliability of the SMT and the entire product. Therefore, for ordinary PCB designers, do not design odd layers, even if it is an odd layer function, counterfeit to design even layers, The five layer PCB design is divided into six layers, and the seven layer PCB design is divided into eight layers.

For the above reasons, PCB multilayer boards are mostly designed with even layers, and rarely with odd layers.

How to balance casCADing and reduce the cost of odd layer PCB?

When an odd number of PCB layers appear in the PCB design, the following methods can balance the cascade, reduce the production cost of PCB and avoid PCB bending.

1. Add a signal layer and make use of it

This method can be used if the power supply layer of a PCB is even and the signal layer is odd. Adding layers does not increase cost, but can reduce delivery time and improve PCB quality.

This method can be used if PCB power layers are odd and signal layers are even. A SIMple way is to add a layer in the middle of the stack without changing other settings. First, arrange odd layers on the PCB, then copy the middle layers and MARK the remaining layers. This is similar to the electrical properties of the foil used in the thickened layer.

3. Add a blank signal layer near the center of the PCB

This method minimizes stack imbalance and improves PCB quality. First, the wiring of odd layers, then add blank signal layers and mark the remaining layers. It is used in microwave circuits and mixed dielectric circuits with different dielectric constants.