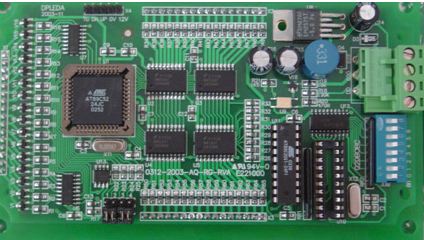 Describe the design principles of SMT and PCB

1. When the circuit board is placed on the conveyor belt of the reflow soldering furnace, the long axis of the components should be perpendICular to the transmission direction of the equipment, so as to prevent the components from drifting or "standing on the board" during the welding process.

2. The components on the PCB should be evenly distributed, especially the high-power components should be dispersed to avoid local overheating stress on the PCB when the circuit is working, which affects the reliability of PCB solder joints.

4. PLCC/QFP and other devices with pins on four sides cannot be placed on the wave soldering surface.

5. The long axis of the SMT large device instalLED on the wave soldering surface should be parallel to the flow direction of the solder wave peak, which can reduce the solder bridge between electrodes.

6. The large and SMAll parts on the wave soldering surface shall not be arranged in a straight line, but shall be staggered, so as to prevent false soldering and solder skips caused by the "shadow" effect of solder wave during welding.

1. For SMT components on the wave soldering surface, the pads of larger components (such as transistors, sockets, etc.) should be appropriately enlarged. For example, the pads of SOT23 can be lengthened by 0.8-1 mm, which can avoid empty soldering due to the "shadow effect" of components.

4. There shall be no through-hole on or near the bonding pad of SMT components, or the solder on the bonding pad will flow along the through-hole after melting in the REFLOW process, resulting in faulty soldering, less tin and short circuit on the other side of the board.

From the above, we can see how important DFM (design for manufacture) is in our PCB layout.

Teach you how to do high-quality PCB design