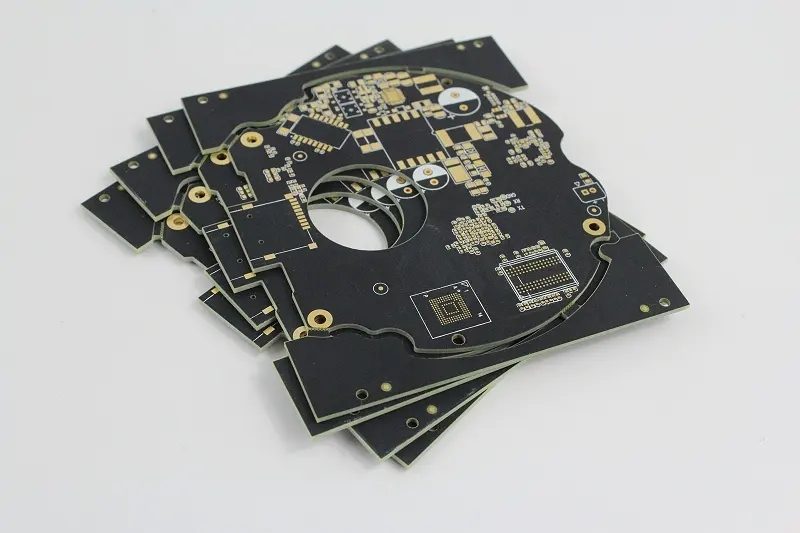 Summary of a PCB drawing that has worked for many years

Summary of a PCB drawing that has worked for many years

PCB assembly, PCB design, and PCB processing manufacturers introduce a summary of a PCB drawing that has worked for many years

The digital ground wire shall be separated from the analog ground wire. This is difficult in practical operation. To lay a better board, you must first understand the electrical aspects of the IC you are using, which pins will generate high-order harmonics (>rising/falling edges of digital signals or switching value square wave signals), which pins are susceptible to electromagnetic interference, and the signal block diagram (signal processing unit block diagram) inside the IC will help us understand.

The overall layout is the primary condition to determine the electrical performance, while the layout between boards is more concerned with the direction or flow of the signal/data between ICs. The general principle is that the parts that are easy to generate electromagnetic radiation should be as close to the power supply as possible; The weak signal processing part is mostly determined by the overall structure of the equipment (i.e., the overall planning of the equipment in the early stage), and is as close to the input end of the signal or the detection head (probe) as possible, which can better improve the signal-to-noise ratio and provide more pure signals/accurate data for subsequent signal processing and data recognition.

2 Treatment of PCB copper and platinum

As the current IC working clock (digital IC) is getting higher and higher, its signal puts forward certain requirements for the width of the line. Wider lines (copper and platinum) are good for low frequency strong current, but not for high frequency signals and data line signals. Data signals focus more on synchronization. High frequency signals are mostly affected by skin effect, so the high frequency signal should be thin rather than wide, short rather than long, This also involves the layout problem (signal coupling between devices), which can reduce induced electromagnetic interference. However, the data signal appears on the circuit in the form of pulse, and its high-order harmonic component is the decisive factor to ensure the correctness of the signal; The same wide copper and platinum will produce skin effect on high-speed data signals (distribution>capacitance/inductance becomes larger), which will lead to signal deterioration and incorrect data identification. In addition, if the line width of data bus channel is inconsistent, it will affect the data synchronization problem (leading to inconsistent delay). In order to better control the synchronization problem of data signals, serpentine lines appear in the data bus routing, This is to make the signal in the data channel more consistent in delay.

The large-area copper laying is aimed at shielding interference and inductive interference. The double-sided board can give way to the ground as the copper layer; However, there is no problem of copper laying on multilayer boards, because the power supply layer between them plays a very good role in shielding and isolation.

The engineering design shall minimize the design of vias, because vias are prone to generate electromagnetic radiation due to burrs while generating capacitance. The hole diameter of the via should be SMAll and not large (this is for electrical performance; however, the too small hole diameter will increase the difficulty of PCB production, generally 0.5mm/0.8mm, 0.3mm should be used as small as possible). The probability of burrs occurring on small hole diameter after copper sinking process is smaller than that on large hole diameter, which is due to the drilling process.

Every software has its ease of use, but I have used PADS (power PCB)/PROTEL for your familiarity with the software. When making SIMple circuits (familiar circuits), I will use PADS to directly layout; When making complex and new device circuits, it is better to draw the schematic diagram first and do it in the form of network table, which should be more correct and convenient. In Layout PCB, there are some non-circular holes, which are not described by the corresponding functions in the>software. My usual practice is to open a layer dedicated to expressing>holes, and then draw the desired hole shape on this layer. Of course, the drawn wireframe should be filLED in. This is to better enable PCB manufacturers to identify their own expressions and explain them in the sample making documentation.

2) Layering scheme of PCB files (each electronic engineer has different drawing habits, and PCB files after Layout will have different applications in layers, so you need to attach a white oil diagram/green oil diagram/circuit diagram/mechanical structure diagram/auxiliary hole diagram of your files to make a correct list document to illustrate your intentions).

3) PCB production process requirements, you need to attach a document to describe the process of making the board: gold plating/copper plating/tin spraying/rosin sweeping, board thickness specification, PCB board material (flame retardant/non flame retardant).

5) Of course, the contact information and person in charge should also be signed.