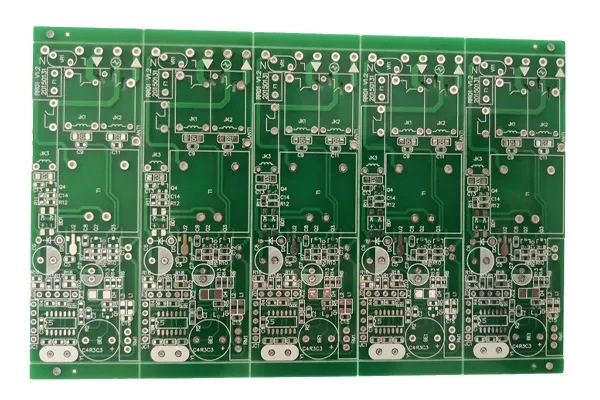 Do you really know how to select magnetic beads for PCB design?

Do you really know how to select magnetIC beads for PCB design?

Whether to use patch magnetic beads or patch inductors in PCB design mainly depends on the application scenario. For example, chip inductance is required in the resonant circuit; When eliminating unwanted EMI noise, it is the best choice to use SMD magnetic beads.

2. Ordinary filters are composed of lossless reactance elements. Their role in the line is to reflect the stopband frequency back to the signal source. Therefore, such filters are also calLED reflection filters. When the reflection filter does not match the impedance of the signal source, part of the energy will be reflected back to the signal source, causing the enhancement of the interference level. To solve this problem, ferrite magnetic rings or magnetic bead sleeves can be used on the incoming line of the filter to convert the high-frequency components into heat loss by using the eddy current loss of the ring or magnetic bead on the high-frequency signal. Therefore, the magnetic ring and magnetic bead actually absorb high-frequency components, so they are sometimes called absorption filters.

Different ferrite suppression elements have different optimal suppression frequency ranges. Generally, the higher the permeability, the lower the frequency of suppression. In addition, the larger the volume of ferrite, the better the inhibition effect. Some studies on the Internet have found that when the volume is fixed, the long and thin shape has better inhibition effect than the short and thick shape, and the SMAller the inner diameter is, the better the inhibition effect will be. However, in the case of DC or AC bias, there is also the problem of ferrite saturation. The larger the cross section of the suppression element is, the less likely it is to be saturated, and the greater the tolerable bias. When EMI absorbs magnetic ring/magnetic bead to suppress differential mode interference, the current value through it is proportional to its volume, and the misalignment of the two causes saturation, which reduces the component performance; When suppressing common mode interference, pass two lines (positive and negative) of the power supply through a magnetic ring at the same time. The effective signal is a differential mode signal. EMI absorption magnetic ring/magnetic bead has no effect on it, but it will show a large inductance for common mode signals. A better way to use the magnetic ring is to repeatedly wind the conductor of the magnetic ring to increase the inductance. It can be used reasonably according to the principle of electromagnetic interference suppression.

Ferrite suppression elements should be installed close to interference sources. For input/output circuit, it shall be close to the inlet and outlet of shielding shell as far as possible. For the absorption filter composed of ferrite magnetic ring and magnetic bead, in addition to selecting the lossy material with high permeability, attention should also be paid to its application. Their resistance to high-frequency components in the circuit is about ten to several hundred Ω, so its role in high impedance circuits is not obvious. On the contrary, it will be very effective in low impedance circuits (such as power distribution, power supply or RF circuits).

Ferrite is widely used in EMI control because it can attenuate higher frequencies and let lower frequencies pass through almost unimpeded. The magnetic rings/beads used for EMI absorption can be made into various shapes and are widely used in various occasions. If it is on the PCB, it can be added to DC/DC modules, data lines, power lines, etc. It absorbs high-frequency interference signals on the line, but it will not generate new poles and zeros in the system and will not damage the stability of the system. It can be used in conjunction with the power filter to supplement the high frequency performance of the filter and improve the filtering characteristics of the system.

Magnetic beads are specially used to suppress high-frequency noise and SPIke interference on signal lines and power lines, and also have the ability to absorb electrostatic pulses.

The function of the magnetic bead is mainly to eliminate the RF noise existing in the transmission line structure (circuit). The RF energy is the AC sine wave component superimposed on the DC transmission level. The DC component is a useful signal needed, while the RF energy is useless electromagnetic interference transmitted and radiated (EMI) along the line. To eliminate these unwanted signal energies, use the SMD beads to act as high-frequency resistors (attenuators), which allow DC signals to pass through and filter out AC signals. Usually, the high frequency signal is above 30MHz, however, the low frequency signal will also be affected by the patch bead.

Advantages of using SMD beads: miniaturization and lightweight, high impedance in the RF noise frequency range, and elimination of electromagnetic interference in the transmission line. The closed magnetic circuit structure can better eliminate the serial winding of signals. Excellent magnetic shielding structure to reduce DC resistance, so as to avoid excessive attenuation of useful signals. Significant high frequency characteristics and impedance characteristics (better elimination of RF energy). The parasitic oscillation is eliminated in the high-frequency amplification circuit. It works effectively in the frequency range of several MHz to several hundred MHz.

Some suggestions for correctly selecting the core of magnetic bead comparison in PCB design:

1、 What is the frequency range of unwanted signals

2、 Who is the noise source

3、 Whether there is space to place magnetic beads on PCB

4、 How much noise attenuation is required

5、 What are the environmental conditions (temperature, DC voltage, structural strength)

6、 What is the circuit and load impedance

The first three can be judged by observing the impedance frequency curve provided by the manufacturer. In the impedance curve, three curves are very important, namely resistance, inductive impedance and total impedance. The total impedance is described by ZR22 π fL() 2+:=fL. Through this curve, select the magnetic bead model with the maximum impedance within the frequency range of noise attenuation and the minimum signal attenuation under low frequency and DC. The impedance characteristics of the SMD beads will be affected under excessive DC voltage. In addition, if the operating temperature rises too high or the external magnetic field is too large, the impedance of the beads will be adversely affected.