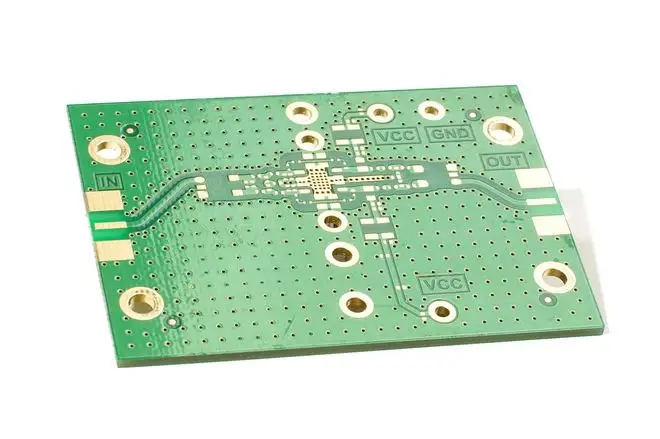 The problem of stack number in high-speed circuit board design

The problem of stack number in high-speed circuit board design

A good stack structure is the best preventive measure against most signal integrity problems and EMC problems, and it is also the most easily misunderstood. There are several factors at work. A good solution to one problem may lead to the deterioration of other problems. Many system design suppliers recommend that there should be at least one continuous plane in the circuit board to control the characteristic impedance and signal quality. As long as the cost is affordable, this is a good suggestion. EMC consulting experts often recommend placing ground fill or ground layer on the outer layer to control electromagnetIC radiation and sensitivity to electromagnetic interference, which is also a good suggestion under certain conditions.

2. Maximum circulation. The current flows around each power layer in parallel with the signal, and a large amount of current enters the main power layer and returns through the ground layer. EMC characteristics will deteriorate due to the increase of circulation.

3. Loss of control over impedance. The farther the signal is from the control layer, the lower the accuracy of impedance control is because there are other conductors around.

4. It is easy to cause solder short circuit, which may increase the cost of the product.

We must make a compromise between performance and cost, so how to arrange digital circuit boards to obtain the best SI and EMC features?

The distribution of PCB layers is generally symmetrical. More than two signal layers shall not be placed adjacent; Otherwise, the control of SI will be lost to a large extent. It is better to place the internal signal layers symmetrically in pairs. Unless some signals need to be connected to SMT devices, we should minimize the outer signal wiring.

For circuit boards with many layers, we can repeat this placement method many times. Additional power and ground layers can also be added; Just ensure that there is no paired signal layer between the two power layers.

The wiring of high-speed signal shall be arranged in the same pair of signal layers; Unless this principle has to be violated due to the connection of SMT devices. All routing of a signal shall have a common return path (i.e. ground layer). There are two ideas and methods to judge which two layers can be regarded as a pair:

1. Ensure that the return signals at the same distance are completely equal. This means that the signals should be symmetrically routed on both sides of the internal ground plane. The advantage of this is that it is easy to control the impedance and circulation; The disadvantage is that there are many vias on the ground wire layer, and there are some useless layers.

If the second method is adopted, the grounding connection of component driving and receiving signals should preferably be directly connected to the layer adjacent to the signal wiring layer. As a simple wiring principle, the surface wiring width measured in inches should be less than one-third of the rise time of the driver measured in inches (for example, the wiring width of high-speed TTL is 1 inch).

If the power is supplied by multiple power sources, a ground wire layer must be laid between each power supply metal wire to separate them. Capacitance shall not be formed to avoid AC coupling between power supplies.

The above measures are to reduce circulating current and crosstalk, and enhance impedance control capability. The ground layer also forms an effective EMC "shielding box". Under the prEMIse of considering the influence on the characteristic impedance, the ground wire layer can be made of any surface area that is not used.

What are the characteristics and applications of aluminum substrate?

Explanation of characteristic impedance of high-speed circuit board design