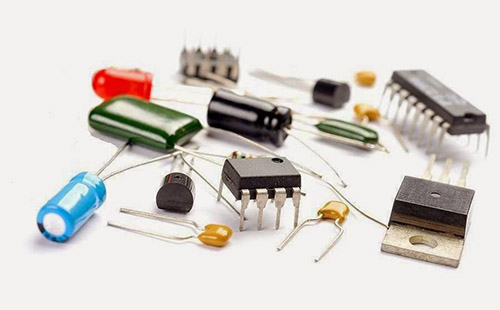 4. The distance from the outer side of the components to the board edge is 5mm;

6. The metal shell components and metal parts (shielding box, etc.) shall not collide with other components, and shall not be close to the printed wire and bonding pad. The distance between them shall be greater than 2mm. The distance from the outside of positioning hole, fastener mounting hole, elliptical hole and other square holes in the plate to the plate edge is greater than 3mm;

7. The heating element shall not be close to the conductor and thermal element; High heat devices should be evenly distributed;

10. The wiring on the board surface shall be properly densified. When the density difference is too large, it shall be filled with mesh copper foil, and the mesh shall be greater than 8mil (or 0.2mm);

11. There shall be no through-hole on the SMD pad to prevent the loss of solder paste from causing faulty soldering of components. Important signal lines are not allowed to pass through the socket pins;

12. The patch is aligned on one side, with consistent character direction and packaging direction;

13. Polarized devices shall be in the same direction as far as possible with polarity marks on the same board.