A good PCB layout design can optimize the effICiency, reduce the thermal stress, and minimize the noise and effect between the wiring and components. All this comes from the designer's understanding of the current conduction path and signal flow in the power supply.

When a prototype power board is powered up for the first time, the best case is that it can not only work, but also be quiet and low in heat. However, this situation is rare.

A common problem with switching power supplies is the "unstable" switching waveform. Sometimes, the waveform jitter is in the sound band, and the magnetIC components will produce audio noise. If the problem is in the layout of the printed circuit board, it may be difficult to find the cause. Therefore, the correct PCB layout at the initial stage of switching power supply design is critical.

A good layout design can optimize power efficiency and reduce thermal stress; More importantly, it minimizes the noise and the interaction between wiring and components. To achieve these goals, designers must understand the current conduction path and signal flow inside the switching power supply. In order to achieve the correct layout design of the non disconnector power supply, it is important to keep the following design elements in mind.

For the embedded dc/dc power supply on a large circuit board, in order to obtain the best voltage regulation, load transient response and system efficiency, it is necessary to make the power output close to the load device, and minimize the interconnection impedance and conductive voltage drop of PCB wiring. Ensure good air flow and limit thermal stress; If forced air cooling measures can be adopted, the power supply shall be close to the fan.

In addition, large passive components (such as inductors and electrolytic capacitors) shall not block the airflow through low surface mounted semiconductor components, such as power MOSFETs or PWM controllers. In order to prevent switching noise from interfering with analog signals in the system, it is necessary to avoid laying sensitive signal lines under the power supply as far as possible; Otherwise, an internal ground plane needs to be placed between the power layer and the SMAll signal layer for shielding.

The key is to plan the location of power supply and the demand for space at the early design and planning stage of the system. Sometimes designers ignore this advice and focus on the more "important" or "exciting" circuits on large system boards. Power management is regarded as an afterthought, and the power supply is placed on the spare space on the circuit board casually, which is very unfavorable to the efficient and reliable power supply design.

For multilayer boards, a good method is to lay a DC ground or DC input/output voltage layer between the high current power element layer and the sensitive small signal routing layer. The stratum or DC voltage layer provides AC ground for shielding small signal wiring, so that it is free from interference of high noise power wiring and power components.

As a general rule, neither the grounding layer nor the DC voltage layer of the multilayer PCB should be separated. If such separation is unavoidable, the number and length of wires on these layers shall be reduced as far as possible, and the laying of wires shall keep the same direction with the large current to minimize the impact.

The high current wiring shall be short and wide to minimize the inductance, resistance and voltage drop of PCB. This is particularly important for those lines with high di/dt pulse current.

High frequency decoupling capacitance CHF should be 0.1 μ F~10 μ F. Ceramic capacitor of X5R or X7R dielectric, which has extremely low ESL (effective series inductance) and ESR (equivalent series resistance). Larger capacitive dielectrics (such as Y5V) may reduce the capacitance value greatly under different voltages and temperatures, so they are not the best material for CHF.

If there is no heat sink for surface mounted power MOSFETs and inductors in the PCB design, the copper foil area must have sufficient heat dissipation area. For DC voltage nodes (such as input/output voltage and power supply ground), the reasonable method is to make the copper foil area as large as possible.

Pay attention to the pad form of power components, such as low ESR capacitor, MOSFET, diode and inductor.

For decoupling capacitors, the positive and negative vias should be as close to each other as possible to reduce the ESL of PCB. This is particularly effective for low ESL capacitors. Capacitors with small capacitance and low ESR are usually expensive. Incorrect pad form and poor wiring will reduce their performance, thus increasing the overall cost. In general, a reasonable pad form can reduce PCB noise, reduce thermal resistance, and minimize wiring impedance and voltage drop of high current PCB components.

A common mistake in the layout of high current power components is the incorrect use of thermal relief. If the hot air pad is used unnecessarily, the interconnection impedance between power components will be increased, resulting in greater power loss and reducing the decoupling effect of small ESR capacitors. If vias are used to conduct large currents during layout, ensure that they are sufficient to reduce impedance. In addition, do not use hot air pads for these vias.

The control PCB circuit shall have an independent signal (analog) ground different from the power level ground. If there are independent SGND (signal ground) and PGND (power ground) pins on the controller IC, they should be wired separately. For the control IC integrated with MOSFET driver, the IC pin of small signal part shall use SGND.

Two or more adjacent conductors may produce capacitive coupling. The high dv/dt on one conductor will couple the current on the other conductor through the parasitic capacitance. In order to reduce the coupling noise of the power level to the control circuit, the high noise switch wiring should be far away from the sensitive small signal wiring. If possible, high noise routing and sensitive routing shall be laid on different layers, and internal layers shall be used as noise shielding.

If space allows, the control IC should be a small distance (0.5 in.~1 in.) from the power MOSFET and the inductor, which have both large noise and heat.

If a PGND layer is laid under the BG routing, the AC ground return current of low FET will be automatically coupLED to a path close to the BG routing. The AC current will flow to the smallest loop/impedance it finds. At this time, the low gate driver does not need an independent PGND return routing. The best way is to minimize the number of layers through which the grid drive wiring passes, so as to prevent grid noise from spreading to other layers.

Among all small signal routing, current detection routing is most sensitive to noise. The amplitude of current detection signal is usually less than 100mV, which is equivalent to the amplitude of noise. Taking LTC3855 as an example, Sense+/Sense routing should be arranged in parallel with minimum spacing (Kelvin detection) to minimize the chance of picking up di/dt related noise.

If a via is used on the return path from the routing to Sense -, the via should not contact other internal VOUT+layers. Otherwise, the via may conduct large VOUT+current, and the voltage drop generated may destroy the current detection signal. Avoid laying current detection lines near high noise switch nodes (TG, BG, SW and BOOST lines). If possible, place a layer between the layer where the current detection wiring is located and the power level wiring layer.

For specific PCB controller pins, the current level and noise sensitivity are unique, so you must select a specific wiring width for different signals. Generally, the small signal network can be narrower, and the routing width of 10mil~15mil is adopted; High current network (grid drive, VCC and PGND) shall adopt short and wide routing. 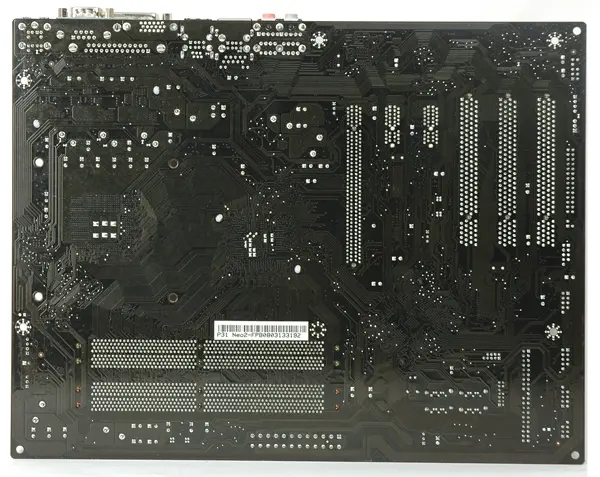 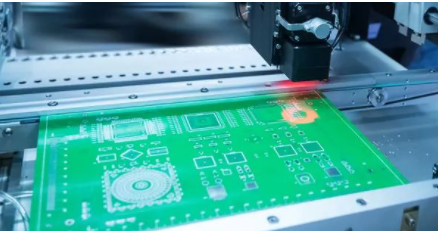