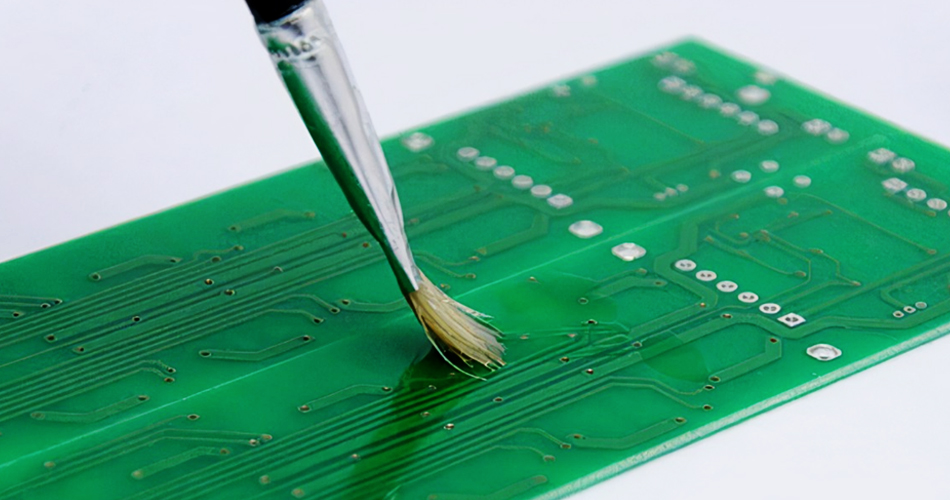 The failure mechanism of packaging can be divided into two categories: overstress and wear. Overstress failure is usually instantaneous and disastrous; Wear failure is a long-term cumulative damage, which is often first expressed as performance degradation, and then device failure. Failure load types can be divided into mechanical, thermal, electrical, radiation and chEMIcal loads.

The load types of packaging can be divided into mechanical, thermal, electrical, radiation and chemical loads.

Mechanical load: including physical shock, vibration, stress (such as shrinkage stress) and inertial force (such as the huge acceleration of spaceship) imposed by filled particles on silicon chip. The response of materials to these loads may be manifested as elastic deformation, plastic deformation, warping, brittle or flexible fracture, interface delamination, fatigue crack generation and propagation, creep and creep cracking, etc.

Thermal load: including high temperature during curing of chip adhesive, pre heating before wire bonding, molding process, post curing, reprocessing of adjacent components, immersion welding, gas phase welding and reflow welding, etc. The external thermal load will change the size of materials due to thermal expansion, and also change the physical properties such as creep rate. In case of thermal expansion coefficient miSMAtch (CTE mismatch), local stress will be caused, which will eventually lead to package structure failure. Excessive thermal load may even cause combustion of flammable materials in the device.

For example, the flux left on the device after assembly will migrate to the chip surface through the plastic package. In high-frequency circuits, subtle changes in dielectric properties (such as changes in dielectric constant and dissipation factor after moisture absorption) are critical. In high voltage converters and other devices, the change of the breakdown voltage of the package is very important. In addition, some epoxy polyamides and polyurethanes can also cause degradation (sometimes referred to as "reversion") if they are exposed to high temperature and humidity for a long time. Accelerated test is usually used to identify whether the plastic packaging materials are prone to such failure.

It should be noted that when different types of loads are applied, various failure mechanisms may interact on the plastIC encapsulated devices at the same time. For example, thermal load will cause thermal expansion coefficient mismatch between adjacent materials in the package structure, resulting in mechanical failure. Other interactions include stress assisted corrosion, stress corrosion cracking, field induced metal migration, passivation layer and electrolyte layer cracking, package cracking caused by damp and heat, and chemical reaction acceleration caused by temperature, etc. In these cases, the combined effects of failure mechanisms are not necessarily equal to the sum of individual effects.

Lead wire deformation usually refers to the lead wire displacement or deformation caused by the flow of plastic packaging material, which is usually expressed by the ratio x/L between the maximum lateral displacement x of the lead wire and the length L of the lead wire. Bent leads may cause electrical short circuits (especially in high-density I/O device packages). Sometimes, the stress generated by bending will cause the bond point to crack or the bond strength to decrease.

Base offset refers to the deformation and offset of the carrier (chip base) supporting the chip.

Warpage refers to the bending and deformation of packaged devices outside the plane. Warpage caused by plastic packaging process will lead to a series of reliability problems such as delamination and chip cracking.

Warpage can also lead to a series of manufacturing problems. For example, in plastic ball grid array (PBGA) devices, warpage can lead to poor coplanarity of solder balls, resulting in mounting problems during reflow soldering of devices assembled to printed circuit boards.

Warpage modes include concave, convex and combined modes. In semiconductor companies, the concave is sometimes called "smiling face" and the convex is called "crying face". The causes of warpage mainly include CTE mismatch and curing/compression shrinkage. The latter did not receive much attention at the beginning. Through in-depth research, it was found that the chemical shrinkage of molding compound also played an important role in the warpage of IC devices, especially on the packaging devices with different thicknesses on the upper and lower sides of the chip.

The factors that cause warpage also include the composition of the plastic package, the moisture of the molding compound, the geometry of the package, etc. By controlling the plastic packaging materials and components, process parameters, packaging structure and pre packaging environment, packaging warpage can be minimized. In some cases, warpage can be compensated by packaging the back of the electronIC components. For example, the external connections of large ceramic circuit boards or multilayer boards are located on the same side, and they can be back packaged to reduce warpage.

Broken, mechanically failed chips do not necessarily lead to electrical failure. Whether the chip breakage will lead to the instantaneous electrical failure of the device depends on the growth path of the crack. For example, if cracks appear on the back of the chip, they may not affect any sensitive structures.

Because silicon wafers are thin and brittle, wafer level packages are more prone to chip breakage. Therefore, the process parameters such as clamping pressure and forming conversion pressure in the transfer molding process must be strictly controlled to prevent chip breakage. Chip breakage is easy to occur in 3D stack packaging due to the stacking process. The design factors that affect chip breakage in 3D packaging include chip stack structure, substrate thickness, molded volume and die sleeve thickness.

Delamination or poor adhesion refers to the separation between the interface of the plastic sealant and its adjacent materials. The delamination position may occur in any area of the plastic encapsulated microelectronic device; It may also occur in the packaging process, post packaging manufacturing stage or device use stage.

Poor bonding interface caused by packaging process is the main factor causing delamination. Voids in the interface, surface contamination during encapsulation, and incomplete curing can all lead to poor bonding. Other influencing factors include shrinkage stress and warpage during curing and cooling. During the cooling process, the mismatch of CTE between the encapsulant and adjacent materials will also lead to thermal mechanical stress, resulting in delamination.

In the packaging process, bubbles are embedded in the epoxy material to form cavities, which can occur at any stage of the packaging process, including transfer molding, filling, filling and printing of plastic packaging materials in the air environment. Cavities can be reduced by minimizing the amount of air, such as emptying or vacuuming. It is reported that the vacuum pressure range used is 1~300 Torr (760 Torr for one atmOSPhere).

In order to ensure a uniform thickness of the plastic packaging layer, the wafer carrier should be fixed so that its gradient is minimum for the convenience of scraper installation. In addition, scraper position control is required to ensure that the scraper pressure is stable, so as to obtain a uniform plastic seal layer thickness.

Insufficient clamping pressure is the main cause of burrs. If the die residue on the pin is not removed in time, various problems will occur in the assembly stage. For example, the bonding or adhesion is insufficient in the next packaging stage. Resin leakage is a relatively sparse form of burr.