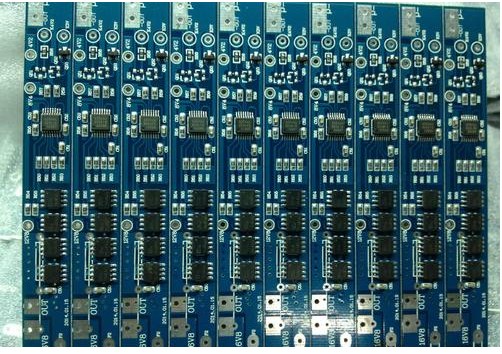 Explain the protective coating of circuit board to improve product reliability

Protective coating is used to enhance the performance and reliability of PCB assembly, so that it can be used in harsh environments such as underwater, aerOSPace and military applICations. PCB manufacturers of consumer electronic products are increasingly using protective coatings as an economic method to improve product reliability.

When the printed circuit assembly board without protective coating is exposed to humid air, a thick water molecular film will form on its surface, reducing the surface insulation resistance (SIR) of the circuit board. The lower the surface insulation resistance is, the worse the transmission performance of the electrical signal will be. The typical consequence is that it will cause crosstalk, electrical leakage and transmission interruption, which may lead to permanent interruption of the signal, namely short circuit.

The moisture film on the printed circuit board without protective coating also provides favorable conditions for metal growth and corrosion, which in turn will eventually affect the insulation strength and high-frequency signals. The dust, dirt and other environmental pollutants falling on the assembLED PCB continuously absorb moisture, thus expanding its negative impact. Conductive particles such as metal fragments will also cause electrical bridging.

The function of protective coating is as follows:

1) Protect the circuit from extreme environment to avoid the impact of moisture, fungi, dust and rust;

2) Prevent PCB from being damaged during fabrication, assembly and use, reduce the mechanical stress on PCB components and protect them from thermal oscillation;

3) Reduce wear during use;

4) As the protective coating increases the insulation strength between conductors, it strengthens the performance of the circuit board and allows greater component density.

Let's understand what is via on PCB