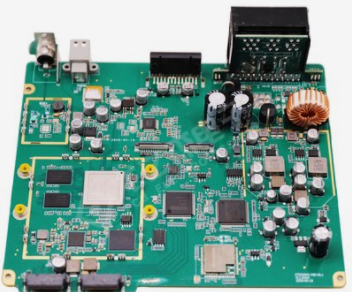 Improve EMI of circuit board by placing PCB components

After designing the circuit structure and devICe position, the EMI control of PCB becomes extremely important for the overall design. How to avoid the electromagnetic interference of PCB in switching power supply has become a topic of great concern to developers. In this article, I will introduce how to control EMI through the control of component layout.

The practice of PCB component layout has proved that even if the circuit schematic is correctly designed and the printed circuit board is improperly designed, the reliability of electronic equipment will be adversely affected. For example, if two thin parallel lines of the printed board are close together, the delay of the signal waveform will be formed and the reflected noise will be formed at the end of the transmission line; The interference caused by improper consideration of power supply and ground wire will degrade the performance of the product. Therefore, correct methods should be used when designing printed circuit boards.

The AC circuit of the power switch and the AC circuit of the rectifier contain high amplitude trapezoidal currents. The harmonic component of these currents is very high, and its frequency is far greater than the basic frequency of the switch. The peak amplitude can be up to 5 times the amplitude of the continuous input/output DC current. The transition time is usually about 50ns. These two circuits are most likely to generate electromagnetic interference, so these AC circuits must be laid before wiring other PCB printed lines in the power supply. The three main components of each circuit, filter capacitor, power switch or rectifier, inductor or transformer, should be placed adjacent to each other, and the component position should be adjusted to make the current path between them as short as possible. The best way to establish the switching power supply layout is similar to its electrical design. The best design process is as follows:

(2) When placing the device, it is necessary to consider the future welding, not too intensive.

(4) For circuits operating at high frequencies, the distribution parameters between components should be considered. For general circuits, components shall be arranged in parallel as far as possible. In this way, it is not only beautiful, but also easy to assemble and weld, and easy to mass produce.

(5) Arrange the position of each functional circuit unit according to the circuit flow, so that the layout is convenient for signal flow and the signal is kept in the same direction as far as possible.

(6) The primary principle of layout is to ensure the distribution rate of wiring, pay attention to the connection of flying wires when moving components, and put the components with wiring relationship together.

The above are some methods to control and suppress electromagnetic interference in PCB by placing and layout PCB components. Any mistake in these steps may cause the product's EMI to be unqualified, so it is necessary to fully understand them. Friends who are experiencing such problems can collect this article as a data reserve.

Precautions for PCB board in switching power supply design