What's the difference between a circuit board?

PCB can be divided into single panel, double panel and multi-layer according to the number of circuit layers. The common Multilayer board is generally 4 or 6 layers, and the complex multilayer board can reach dozens of layers.

Single panel on the most basic PCB, The parts are concentrated on one side and the wires are concentrated on THE other side (the same side as the wires when there are patch elements and the plug-in devices on the other side). Because the wires appear on only one side, the PCB is calLED a single panel. Because the single panel had many severe restrictions on the design circuit (because there was only one side, the wires could not be crossed but had to be routed in separate paths), only early circuits used this type of board.

Dual panel This circuit board has wiring on both sides, but to use the wires on both sides, there must be a proper circuit connection between the two sides. This "bridge" between circuits is called a pilot hole (VIA). Pilot holes are SMAll, metal-filled, or metal-coated holes in a PCB that can be connected to wires on both sides.

The number of layers of the board does not mean that there are several independent wiring layers. In special cases, empty layers are added to control the thickness of the board. Usually, the number of layers is even and contains the outermost two layers. Most host boards are 4 to 8 layer structures, but the technical theory can be up to 100 layer PCB board. Most large supercomputers use fairly multi-layered mainframe boards, but since these computers can be replaced by clusters of regular computers, super-multi-layered boards have fallen out of use. Because the layers in the PCB are tightly integrated, it is generally not easy to see the actual number, but if you look closely at the host board, you can still see it.

According to the number of layers, the circuit board can be divided into three major categories: single panel, double panel, and multi-layer circuit boards.

Double panel is the extension of a single panel, when the single layer wiring can not meet the needs of electronic products, it is necessary to use double panel. Both sides are covered with copper wires, and the wires between the two layers can be guided through holes to form the required network connection.

Multilayer board refers to the printed board which has more than three conductive pattern layers and insulating materials in between, and the conductive pattern in between is interconnected as required. Multi-layer circuit board is the electronic information technology to high speed, multi-function, large capacity, small volume, thin, lightweight direction of the development of the product. According to the characteristics of the circuit board is divided into soft board (FPC), hard board (PCB), soft and hard board (FPCB). 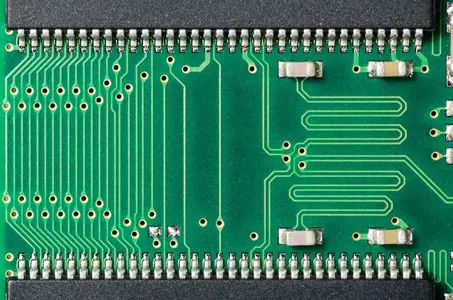 Does the circuit board make a difference?