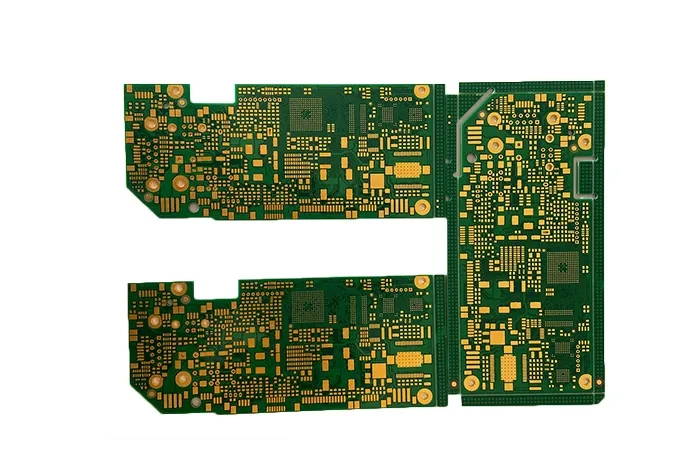 PCB average level has become an important technical indicator to measure the technical level and product structure of PCB enterprises. This paper briefly describes the main processing difficulties encountered in the production of high-level circuit boards, and introduces the control points of key production processes of multilayer circuit boards for reference.

Due to the large number of layers in the high-level panel, users have higher and higher requirements for PCB layer calibration. Generally, the alignment tolerance between layers is controlLED at 75 microns. Considering the large unit size of high-rise boards, the high temperature and humidity of the graphic conversion workshop, the dislocation overlap caused by the inconsistency of different core boards, and the positioning mode between layers, it is more difficult to control the centering of high-rise boards.

The width and line spacing are SMAll, the open circuit and short circuit increase, the short circuit increases, and the qualification rate is low; There are many thin line signal layers, and the probability of AOI leakage detection in the inner layer increases; The inner core plate is thin, easy to wrinkle, poor exposure, and easy to curl when etching; High level plates are mostly system boards with large unit size and high product scrap cost.

Many inner core plates and sEMI solidified plates are overlapped, and defects such as sliding plate, delamination, resin void and bubble residue are easy to appear in stamping production. In the design of the laminated structure, the heat resistance, pressure resistance, glue content and dielectric thickness of the material shall be fully considered, and a reasonable pressing scheme for the high-rise plate shall be formulated. Due to the large number of layers, the consistency between expansion and contraction control and size coefficient compensation cannot be maintained, and the interlaminar reliability test is easy to fail due to the thin layer insulation.

The use of high TG, high speed, high frequency, thick copper special plates increases the difficulty of drilling roughness, drilling burr and drilling dirt removal. The number of layers is large, the total copper thickness and plate thickness are accumulated, and the drilling tool is easy to break; CAF failure caused by many dense BGAs and narrow hole wall spacing; Inclined drilling is easy to occur due to the thickness of the plate. These are the difficulties in the production process of PCB multilayer boards

Can the PCB design wiring go at 90 degree right angles?

1. The right angle can be equivalent to the capacitive load on the transmission line to slow down the rise time;

2. Impedance discontinuity will cause signal reflection;

The reason why 90 ° right angle routing causes signal integrity problems is that the width of the copper foil at the right angle corner of the transmission line is wider than that of the straight line routing, which will cause sudden changes in the characteristic impedance at the right angle bend; This will not cause problems for normal signal routing, but for high-speed transmission lines, it will cause signal reflection, and serious reflection will cause signal integrity problems. Therefore, in the design of high-speed circuit boards, the signal reflection caused by the change of wiring width and the change of signal rise delay caused by this additional discrete capacitance can be reduced by routing in the 45 ° corner mode rather than in the 90 ° corner mode.

In addition, many people think that the right angle tip is easy to transmit or receive electromagnetic waves and generate EMI, which has also become one of the reasons why many people believe that they can not route at right angles.

In general, it is recommended that no right angle is allowed when PCB layout is carried out. Whether it is an ordinary signal line, a high-speed digital signal transmission line, or a RF transmission line, including copper clad copper sheet, it should be designed as an obtuse angle.