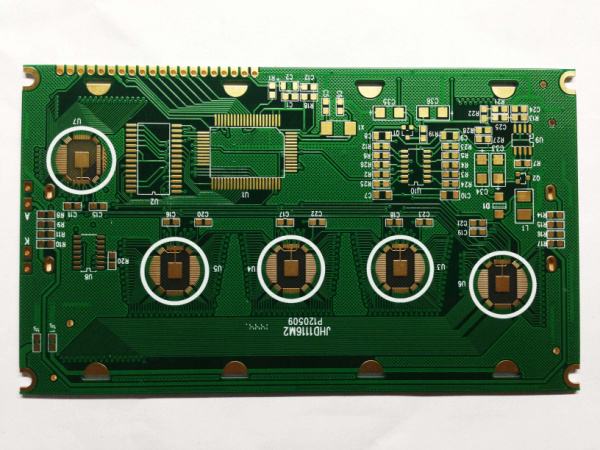 You have to know the grounding skills of multilayer boards

Grounding Technique of Multilayer Board, How to Produce High Quality PCB

PCB manufacturers, PCB designers and PCBA manufacturers will explain the grounding skills of multilayer boards and how to produce high-quality PCBs

Grounding mode of multilayer PCB (I)

In high-density and high-frequency applICations, the four layer board is usually used, which is more than 20DB better than the two-layer board in terms of electromagnetic compatibility (EMC). Under the condition of four layers of boards, a complete ground plane and a complete power plane can often be used. Under this condition, only the circuit ground wires divided into several groups need to be connected to the ground plane, and the working noise needs to be specially treated.

There are many ways to connect the ground wire of each circuit to the ground plane, including:

In low frequency, SMAll power and the same power layer, single point grounding is the most appropriate, usually used in analog circuits; Generally, star connection is adopted to reduce the influence of possible series impedance. high frequency digital circuits need to be grounded in parallel. Generally, they can be handLED SIMply by means of grounding holes; Generally, all modules will use two kinds of grounding methods comprehensively, and use the mixed grounding method to complete the connection between the circuit ground wire and the ground plane.

If the whole plane is not selected as the common ground wire, for example, when the module itself has two ground wires, the ground plane needs to be divided, which often interacts with the power plane.

Pay attention to the following principles when grounding:

(1) Align all planes to avoid overlap between irrelevant power planes and ground planes, otherwise, all ground planes will be divided into invalid planes and interfere with each other;

(2) In the case of high frequency, the parasitic capacitance between layers through the circuit board will produce coupling;

(4) Avoid unnecessary radiation caused by high-frequency routing such as time clock line near the isolated ground.

(5) The ring area formed by the signal line and its loop shall be as small as possible, which is also called the loop minimum rule; The smaller the ring area is, the less the external radiation is, and the smaller the external interference is received. During ground plane segmentation and signal routing, the distribution of ground plane and important signal routing shall be considered to prevent problems caused by ground plane slotting.

PCB manufacturers, PCB designers and PCBA manufacturers will explain the grounding skills of Multilayer boards and how to produce high-quality PCBs

What are the biggest advantages of Chinese PCB manufacturers