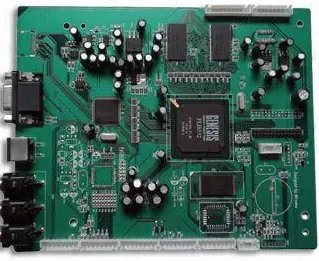 What do you notice about HDI's blind hole design

The English abbreviation of HDI (High Density Interconnection) high density interconnection PCB is the abbreviation of multi-layer buried/blind hole PCB produced by laser drilling, horizontal/vertICal PTH wet process and other processes on the basis of traditional multi-layer circuit board manufacturing technology, through high-density micro wiring and micro through hole technology.

3-5 mil, the median value of 4 mil is generally used for design and production.

Microholes are usually processed by laser, and the light types mainly include infrared light and ultraviolet light.

One is UV light, the other is sealed CO2 gas

By using infrared heat energy, when the temperature rises or the energy increases to a certain extent, such as the melting point, burning point or boiling point of organic matter, the interaction force or binding force of organic matter molecules will be greatly reduced to make organic matter molecules separate from each other into free or free states, and organic molecules will escape or burn with oxygen in the air to become carbon dioxide or water gas due to the continuous energy provided by the excitation, Because the laser is processed by an infrared beam with a certain diameter, a micro hole is formed.

1. It is conducive to the design of stacked holes and holes on the plate (via on Pad)

2. Improve electrical performance, which is helpful for high-frequency PCB design

4. Plug hole and electrical interconnection are completed in one step

5. The blind hole is filled with electroplated copper for higher reliability

Since the aperture of the radium perforation is SMAller than 0.075-0.2mm, the electroplating method is adopted to increase the copper thickness in the hole, so as to achieve the purpose of plugging the hole.

Due to the reason of blind hole diameter or through hole thickness diameter ratio electroplating hole filling (hole structure), as well as the basic principle of electroplating additives, the Dimple value is inevitable. Since the blind hole involves the subsequent PCB welding process, there are usually different specifications for the Dimple value, which is generally required to be ≤ 15um.

The first batch of samples meets the Production requirements.

The second batch of samples obviously exceeded the standard.

If dimlpe on blind hole disc exceeds the standard, as shown in the figure below, BGA solder ball will produce a hole during welding.

Holes in the plate and blind hole pads have large depressions, which are easy to produce cavities and bubbles during welding.

If the PCB pad is not in the middle of the solder joint, it will cause one side of the PCB solder joint to crack. This is where the defects occur, especially after aging and vibration tests.

Describe the shielding method and quality in PCB design