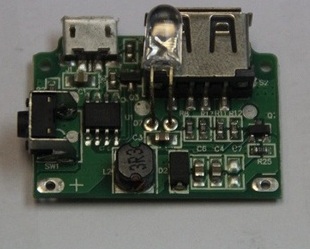 With the increase of PCB circuit density and elimination of product form factors, many new methods have emerged in the electronIC industry to integrate chip level design more closely with board level assembly. To some extent, the emergence of technologies such as flip chip and chip scale package has actually blurred the traditional demarcation line between semiconductor die, chip packaging method and PCB assembly level process. Although the advantages of these new high-density chip level assembly technologies are very important, with SMAller dimensions making components, connections and packaging more sensitive to physical and temperature stresses, it is increasingly difficult to choose the best technology configuration and achieve continuous and reliable production results.

One of the key technologies to improve reliability is to fill materials between chips and substrates to help disperse the stress generated by temperature changes and physical shocks. Unfortunately, there is no clear guidance on when to use glue filling and how to best use glue filling methods to meet special Production requirements. This article will explore some recent ideas on these issues.

The original idea of considering the use of bottom filling sealant is to reduce the impact caused by the mismatch of the overall temperature expansion characteristics between the silicon die and the substrate below it. For traditional chip packaging, these stresses are usually absorbed by the natural flexibility of the leads. However, for direct attachment methods, such as solder ball arrays, solder joints themselves represent the weakest points in the structure, so stress failure is most likely to occur. Unfortunately, they are also the most critical, because failure at any connection point will destroy the function of the circuit. By closely attaching to the chip, solder ball and substrate, the filLED material disperses the stress generated by the mismatch of CTE (coefficient of thermal expansion) and mechanical impact on the entire chip area.

The second advantage of glue filling is to prevent moisture and other forms of pollution. On the negative side, the use of glue filling increases the cost of manufacturing and operation, and makes repair difficult. Because of this, many manufacturers conduct rapid functional tests after reflow and before filling.

2、 Decide when to fill glue

Because there are more than 50 different CSP designs1, plus countless variables and operating conditions involving connection design, it is difficult to provide an exact rule to decide when to use glue filling. However, there are many key factors that should be taken into account when designing PCB. Some important factors include:

The difference of CTE between chip and substrate. CTE of silicon is 2.4 ppm; The CTE of a typical PCB material is 16 ppm. The ceramic materials can be designed according to the matching CTE, but the CTE of 95% bauxite ceramics is 6.3 ppm. Glue filling needs more on PCB based packaging, although it also shows that the reliability of the ceramic substrate after glue filling is increased. An alternative method is to use a substrate with an insertion structure, such as a high CTE ceramic or flexible material, as a vibration absorbing material between the chip and the main substrate, which can reduce the CTE difference between PCB and silicon chips.

Generally, the larger the chip area, the more stress induced problems. For example, a study shows that when the chip size is increased from 6.4 to 9.5 mm, the number of temperature cycles from - 40 to 125 ° C that can be endured by the connection is reduced from 1500 times to 900 times 2.

The size and layout of the solder ball play an important role in the evaluation of glue filling, because the larger ball size, such as the 300 commonly used by CSP μ Diameter, which is more solid and comparable to the 75 μ The diameter is better stressed. Assuming that the relative shear stress of a binary solder joint of CSP and flip chip is SIMilar, the stress of the solder joint of CSP is about one fourth of that of flip chip. Therefore, CSP designers believe that the solder ball structure itself can withstand the mechanical stress caused by the temperature expansion of the substrate and chip. Later studies showed that underfill provides CSP with high reliability advantages, especially in portable applications. In terms of layout, some designers found that increasing the size of the pad on the chip corner can increase the stress impedance, but this practice is not always practical or sufficient to achieve the reliability goal.

Experience shows that thicker PCBs are more rigid, and thinner PCBs resist greater impact induced bending forces. For example, an analysis shows that increasing the thickness of FR-4 substrate from 0.6 mm to 1.6 mm can increase the number of cycles to failure tests from 600 to 9003. Unfortunately, for today's ultra small devices, it is always unrealistic to increase the thickness of the substrate. In fact, every doubling of the substrate thickness increases reliability by about twice, but doubling of the chip size causes a fourfold degradation. 4.

Use environment. In the final analysis, the most important factor is usually to increase the desired product vitality. For example, it is generally agreed that the specifications of portable devices (mobile phones, extensions, etc.) can still use normal functions after 1000 cycles at - 40~125 ° C and 20~30 drops from a meter above the cement floor.

The research on temperature cycle has shown that the use of sealant filling can provide a four fold increase in the number of temperature cycles at - 40~125 ° C, and some assemblies after sealant filling will not fail after up to 2000 cycles. 5. When weighing the cost of equipment field failure (return, reputation loss, etc.) exposed to increasingly harsh environments, many manufacturers are actively turning to the bottom filling as a reliable insurance policy.

5、 The challenge of gutta percha

Once the decision is made to use the glue filling method, a series of challenges must be considered to effectively implement the process, obtain continuous and reliable results, and maintain the required production level. These key issues include:

Glue dripping through the opening of the RF housing or shield

Because the filling material must be sucked into the bottom of the chip through capillary action, the key is to place the needle tip close enough to the chip to start the glue flow. Care must be taken to avoid touching the back of the chip or the dirty chip (die). A recommended principle is to position the starting point of the needle nozzle at half of the outer diameter of the needle nozzle plus 0.007 "X-Y displacement, and the height of Z is 80% of the height of the chip on the substrate. During the entire dispensing process, precision control is also required to maintain the flow of glue, so as to avoid damage and contamination of the chip.

For the best output, it is often desirable to drop glue on multiple sides of the chip at once. However, the wave front of the glue in the opposite direction may meet at an acute angle to produce cavities. Glue dropping should be designed to produce a wave peak that only converges at an obtuse angle.

7、 Number of chips and proximity

When designing a die with a tight package on the board that needs to be filled with glue at the bottom, the Board Designer needs to leave enough space for the glue drip nozzle. As shown in Figure 1, it is an acceptable method for two chips to share a glue dropping route. Passive components parallel to the edge of the chip will have a blocking effect, as shown in Figure 1, Position 2. Components at 90 ° to the edge of the chip may attract glue away from the components to be filled. No bad effect is found in the filler materials around the passive components. Cross capillary action from adjacent chips or passive components will attract filler materials away from the target components, which may cause cavities under CSP or flip chip.

In most applications, the 21 or 22 diameter needle tip is a good choice for filling the bottom of the element. The needle nozzle with smaller diameter has a large resistance to liquid flow, resulting in a slow glue dropping speed. However, it is sometimes necessary to reduce the fillet size by using a small diameter needle nozzle to keep the glue flow away from other components.

Sometimes it is possible to use a multi head glue dropping system to deal with these problems. In advance, PCB materials with high viscosity that will not flow underneath are used to drop a barrier around adjacent components. During the subsequent glue dripping process, the barrier effectively prevents any unwanted capillary from flowing under the adjacent elements.

8、 Glue dripping through the opening

With the increasing use of bottom glue filling in RF assembly, the glue dropping process is often challenged, and the glue filling process is implemented after the RF shielding cover has been assembled. In order to achieve the best production efficiency, it is usually considered to position the RF shield cover while mounting other components, and weld everything well in one pass reflow soldering. Therefore, the product and PCB process designers must cooperate to leave enough openings on the shielding cover for the bottom glue filling. The designer must also avoid placing the chip too close to the RF shield cover, because capillary action or high-speed glue dripping may cause the filler material to flow into the RF shield cover and onto the CSP or flip chip. If the gap between the element and the cover is small, the speed of filling material drops will be limited to avoid filling on the element. Slowing down the glue dropping rate will slow down the assembly process and limit the output. Move to another hole or component and return to the first hole to drop more glue, which may cause a little displacement. However, this involves multiple sports, which once again reduces the output.

Schwiebert and Leong gave an equation for the filling rubber flow rate.

The flow time is:

(The values of these parameters need to be obtained at the liquid dropping temperature, usually 90 ° C.)

Most manufacturers' pumps and valves can deliver liquid to CSP or flip chip faster than the material can flow under the chip. The volume/weight of liquid under the chip needs to be determined 8. Once these numbers are determined, the flow rate is calculated approximately for the first time to determine whether the liquid should be dropped once or in small quantities for many times. The typical process is: when the liquid flows under the first element, it moves to the second element to drip glue, and then returns to the first position to complete. For example, if the material quantity of the first element is 20mg and is divided into two dispensing cycles, a dispensing system that can accurately drip 10mg must be used.

Experience shows that excessive flux residues may have a negative impact on the filling process. This is because the filler material is attached to the flux residue but not to the desired solder ball, chip and substrate, resulting in voids, tails and other discontinuities. However, some studies6 show that the temperature cycle can be improved five times by cleaning the bottom of the chip before the glue dripping is filled. In fact, adding such a process step is contrary to the current industrial trend and will negatively affect the overall output. A more practical alternative is to provide better process control of the upper flux operation through technologies such as selective flux injection. Selective spray flux may be used when different ball diameters (75 vs. 300 μ) It is particularly useful in the mixed technology design of flip chip and CSP, because the amount of flux for each component base can be controlled by software to provide the exact thickness of flux for each PCB component type.

Look at the common impedance and suppression of advanced PCB design