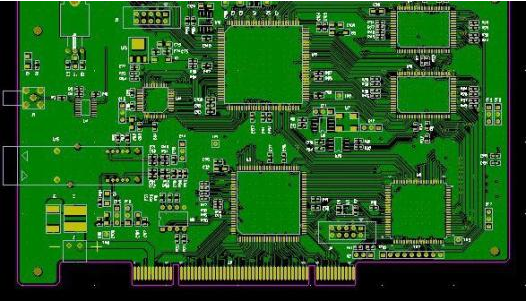 In order to reduce the crosstalk between lines, ensure that the line spacing is large enough. When the line center spacing is not less than 3 times the line width, most electrIC fields can be kept from interfering with each other, which is the 3W rule.

Although the 3W principle is easy to remember, it should be emphasized that there are prior conditions for its establishment. Considering the physical significance of the cause of crosstalk, to effectively prevent crosstalk, the spacing is related to the stack height and wire width. For the four layer board, 3W is enough for the distance between the routing and the reference plane height (5~10mils); However, for two-layer boards, the distance between the routing and the reference layer height (45~55mils), 3W may not be enough for high-speed signal routing. The 3W principle is generally established under the condition of 50 ohm characteristic impedance transmission line.

Generally, in the design process, if all signal lines cannot meet the requirements of 3W due to dense routing, we can only use 3W to process sensitive signals, such as clock signals and reset signals.

The adoption of the "20H rule" means to ensure that the edge of the power plane is at least 20 times SMAller than the edge of the 0V plane, which is equivalent to the layer spacing between the two planes.

This rule is often required to be used as a side firing technology (to suppress the edge radiation effect) to reduce the side firing from the 0V/power plane structure. However, the 20H rule can only provide significant effects under certain conditions.

These specific conditions include:

1. The rise/fall time of current fluctuation in the power bus shall be less than 1ns.

2. The power plane should be located on the internal plane of the PCB, and the upper and lower adjacent planes should be 0V planes. The distance that the two 0V planes extend outward shall be at least 20 times of the layer distance between them and the power plane.

3. At any frequency concerned, the power bus structure will not produce resonance.

4. The total derivative of PCB shall be at least 8 layers or more.

Rules for selecting the number of layers of printed boards. When the instant clock frequency reaches 5MHz or the pulse rise time is less than 5ns, the PCB must use a multi-layer PCB. This is a general rule. Sometimes, considering cost and other factors, when using a double-layer board structure, in this case, it is better to use one side of the printed PCB as a complete ground plane layer.

Why does PCB throw copper? All three reasons are explained