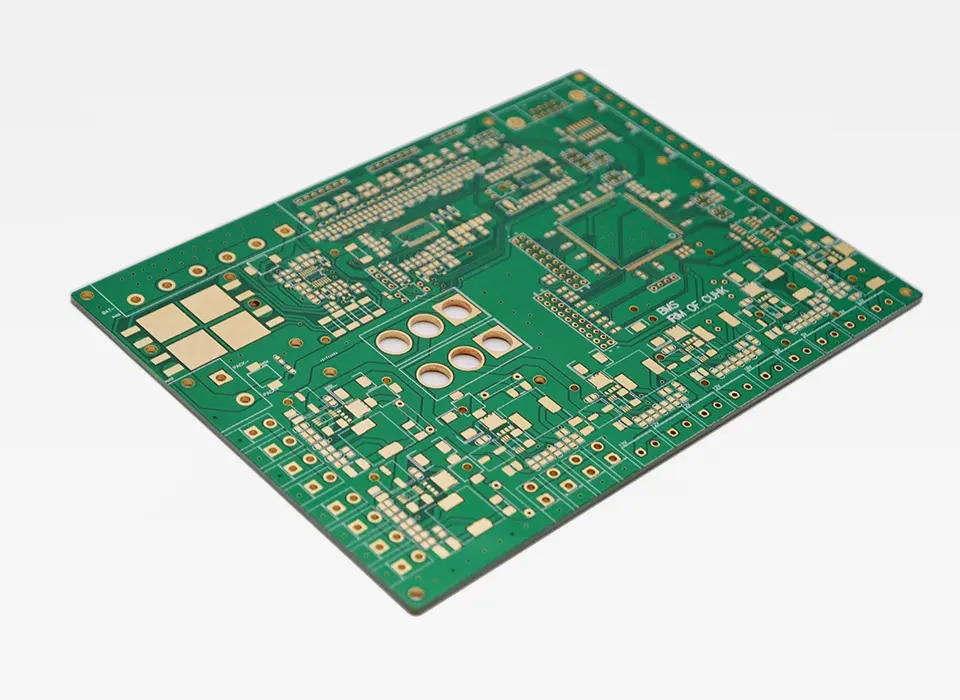 PCB is the most critical part for successful product design

PCB is the most critICal part for successful product design

PCB manufacturing, PCB design and PCBA manufacturers explain that PCB is the most critical part for successful product design

Over the years, PCB seems to have been "degraded" in the field of electronic engineering, becoming an unsung hero who only paid silently behind the scenes. Managers believe that PCB wiring is a trivial manufacturing problem, not something that design engineers need to care about; But as digital circuits become faster and faster, and RF circuits are also put into PCB, circuit boards have become a limiting factor in many designs. Although computer aided design (CAD) tools can help engineers design circuit boards, CAD's automatic wire winding function usually brings more problems

Like all new technologies, it took engineers a long time to accept and promote printed circuit boards (PCBs). Now, almost all electronic products are made of PCB.

But over the years, PCB seems to have been "degraded" in the field of electronic engineering, becoming an unsung hero who only paid silently behind the scenes. Managers believe that PCB wiring is a trivial manufacturing problem, not something that design engineers need to care about; However, as digital circuits become faster and faster, and RF circuits are also put into PCB, circuit boards have become a limiting factor in many designs. Although computer aided design (CAD) tools can help engineers design circuit boards, the automatic wire winding function of CAD usually brings more problems.

"In my 40 years of electronIC design experience, circuit boards have always been the limiting factors that hinder every design project;" You should not make circuit diagrams just to cope with the work. You have a higher level of responsibility to watch those circuit diagrams transform into some products that can be built and sold.

Modern PCB is not only a time killer, but also a key component with precise design requirements; The operating frequency of electronic equipment and the signal rise/fall time become faster and faster, so PCB has become increasingly important. Take a look at the following few true stories, and you will get some inSPIration.

A story about PC motherboard

In 1985, the 33MHz bus appeared on the PC chipset; At that time, Massa received a call from a local PC motherboard manufacturer, saying that their new motherboard would not move. The IC supplier's reference design is operational, but the company has customized the product appearance; However, Massa noticed that their winding between parts and components made PCB wiring have many sharp angles.

He also found that several key signals were placed in large circuits, and there were many through holes on the circuit board; The SMAll holes allow the routing from the front of the circuit board to the back. The company said that their PCB was designed by someone in Colorado, the United States. It was cheap and fast, and it could be completed in one or two days. Massa politely told them that in fact, that kind of wiring was done with automated software tools, so it could never make the circuit board running 33MHz signal work successfully.

The automatic wire winding tool is easy to make mistakes. The early PCB software can only ensure the current connection between the signal and the pin, and does not consider that high-speed signals need shorter wiring. The required through-hole should be arranged first, or the impedance mismatch caused by the through-hole and line width changes, and so on, eventually leading to the failure of the entire PCB design.

A story about video chips

In 1995, an old brother of mine worked in a video chip company and met the same situation as before - reference design was OK, but they had a major customer in Taiwan who complained that their chips could not operate on the new PCB; The PCB design also has SIMilar wiring errors.

My friend said that this was a wise strategy for a semiconductor company; IC manufacturers should import IP for their own chips, rather than spend money to teach their customers how to design. You can make some changes in the chip and in turn charge the customer.

A story about the F-16 fighter

The author once participated in the design of radar jamming device of F-16 fighter, and learned that some companies may also encounter systEMIc PCB problems; Circuit board wiring is considered a mechanical engineering task, so our electronic engineers throw out the circuit diagrams and let other departments do the circuit board wiring work.

The circuit board I got has a very high speed transmit coupLED logic (ECL) oscillator, but the prototype of the 8-layer circuit board cannot work; Because there is a lot of space on the circuit board, I wonder how they messed up the design. It was found that the mechanical engineers arranged the parts and components according to the shape in order to simplify the design of the aluminum radiator under all parts; The ECL chip is located at the upper left of the circuit board, with the resistor in the middle and the crystal oscillator at the lower right corner, 8 inches from the ECL chip.

From then on, we will ensure that when the mechanical engineer arranges the components on the PCB, there is an electronic engineer sitting next to him, and we will review the entire layout before preparing for manufacturing.

The radar jamming device PCB of F-16 fighter has an aluminum radiator under all components; Never let mechanical engineers lay out PCB independently for radiator design, so as not to sacrifice electronic functions.

A story about power supply

When I was a consultant for HP in 1998, I used a Linear SEPIC converter chip LT1513IR in the design; I read the product specification sheet and told Jon Dutra, the Linear application engineer I contacted, that the wiring diagram in their company's specification sheet was wrong. Well... don't laugh. I was young and stupid at that time.

Dutra, who has now turned to Microsoft, patiently looked at the application examples in the specification table and explained why they suggested deploying the converter in that way. Several of my good friends retired from Linear. They all assured me that many customers are loyal users of the company's components, because their application engineering support can help customers turn wrong designs into right ones; And I deployed the SEPIC in the way suggested by Linear, and the first winding was successful.

A story about the PDA

When the PCI bus fails to work, we make a fixture to detect every signal on the PCI bus; They are all there, and the timing has converged, but obviously the convergence is not enough to work together with the chips hanging on the bus. And it is a bus without connector, only with 4 or 5 inch wiring length... I don't trust the automatic router without human supervision anymore, never!

A story about consumer DVD players

When I worked in a semiconductor company, what I did was drive the chip of the laser head in the DVD recorder for PC; I took a look at the prototype of a soft circuit board designed by a customer, and I knew that they lacked experience in high-speed or thermal design. After all, the data rate of the CD recorder they had made before was low, and the chips they used did not generate too much heat. We spent more than half a year teaching customers how to design their PCBs.

You can ask for help!

Don't neglect your PCB design, pay attention to the suggestions in the component specification table; Application engineers from semiconductor manufacturers can help you a lot. However, it should be noted that the application engineers of semiconductor manufacturers are IC experts, not system engineers, so they may tell you today to separate the analog and digital ground, and then link them with analog digital converter (ADC) chips; But they won't tell you what to do if there are 5 ADCs on the board.

To further understand PCB design know-how, there are many training courses and technical seminars available. Professional senior engineers will teach you how to properly use the rules of component layout and winding, so that your design can avoid generating noise or being sensitive to noise; You can also learn to ensure that your design has good signal and power integrity.

Introduction to peel strength and flexural performance of FPC