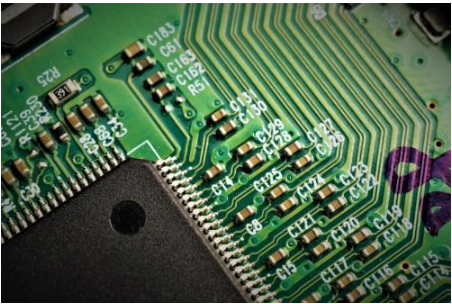 Look at the role of metallized edge bonding of PCB

·The return current of the stripline carrying the high-frequency signal is too close to the edge of the circuit board.

The source of power supply noise mainly lies in two aspects: one is that the transient alternating current is too large under the high-speed switching state of the device; The second is the inductance in the current loop. In terms of manifestation, it can be divided into three categories:

(bounce) phenomenon can also be classified into this category;

When this current flows through the inductance on the return path, it will form an AC voltage drop, which will cause noise. If there are many output buffers for state transition at the same time, the voltage drop is large enough to cause power integrity problems. This noise is calLED Synchronous Switch Noise (SSN).

The AC noise of the power supply will be between the power supply layer and the stratum. The AC noise will be conducted by using the resonant cavity mode of these two planes, and will radiate into the free space when it is transmitted to the edge of the plane, which will cause the product EMI to fail to pass the certification.

As for the noise generated by vias, we know that the upper interconnected signal lines include the microstrip line on the outer layer of the PCB and the stripline between two planes on the inner layer, as well as the electroplated vias (vias are subdivided into through holes, blind holes, and buried holes) for connection by signal layer change. The microstrip line on the surface layer and the stripline between two planes can well control radiation through a good reference plane laminated structure design.

The vias run through multiple layers in the vertical direction. When the high-frequency signal transmission line passes through the vias for layer change, not only the impedance of the transmission line changes, but also the reference plane of the signal return path changes. When the signal frequency is relatively low, the effect of the vias on signal transmission can be ignored, but when the signal frequency rises to the RF or microwave frequency band, Because the change of the reference plane of the via causes the change of the current return path, the TEM wave generated by the via will propagate laterally between the resonators formed in the two planes, and eventually radiate outward into the free space through the edge of the pcb, causing the EMI index to exceed the standard.

OK, now we know that for high-frequency high-Speed PCB, the edge radiation problem will occur at the PCB edge. How to protect it?

The three elements that cause EMC problems are: electromagnetic interference source, coupling path and sensitive equipment

Sensitive equipment is beyond our control. Cutting off the coupling path, such as adding a metal shielding equipment shell, is not covered here by the old Wu, but how to find a way to eliminate the interference source.

Well, for reducing PCB edge radiation, Mr. Wu heard of a 20H rule before. The 20H rule was first introduced by W. Michael

King put forward it in 1980 and was elaborated by MARK I. Montrose in his works. He is valued by the management and often listed as an important EMI design rule. H refers to the thickness of the board, that is, the power plane is 20H shorter than the ground plane.

Lao Wu believes that the 20H rule is no longer suitable for the current high-frequency high-speed PCB design. The area of the previous printed circuit board is large, and the resonant frequency rise of the planar antenna caused by shrinking is less obvious; Nowadays, due to the SMAll size of PCB board, the radiation intensity of the design of the shrinkable power supply layer changes significantly with the resonance point of different shrinkable power supply layer sizes, resulting in higher radiation energy at high frequencies.

In the future design of EMI, since the retracted power layer 20H will not help, and the smaller the board, the higher frequency radiation will be more serious due to changing the plane antenna effect, so the theory of 20H has not met the current actual needs.

Since the 20H rule has become invalid for the current high-frequency high-speed PCB design, for eliminating the interference source of pcb board edge radiation, it is necessary to use a shielding structure to process the edges, so as to reflect the noise back to the inner space, which will increase the voltage noise on these layers, but reduce the edge radiation.

The low-cost method is to make a circle of grounding vias at 1/20 wavelength hole spacing around the PCB to form a grounding vias shield to prevent external radiation of TME waves.

For microwave circuit boards, the wavelength is further reduced. Because of the current PCB production process, the spacing between holes cannot be very small. At this time, the way that 1/20 of the wavelength spacing is used to drill shielding vias around the PCB has no obvious effect on the microwave board. At this time, the metallized edge wrapping process of the PCB version is needed to surround the entire board edge with metal, so that microwave signals cannot be radiated from the PCB edge. Of course, The use of metal edge bonding process will also lead to a lot of increase in PCB manufacturing costs.

For RF microwave boards, some sensitive circuits and circuits with strong radiation sources can be designed with a shielding cavity welded on a PCB. When designing a PCB, "through hole shielding wall" should be added, that is, a grounded through hole should be added at the position where the PCB is close to the shielding cavity wall. In this way, relatively isolated areas are formed, similar to the lower PCB.