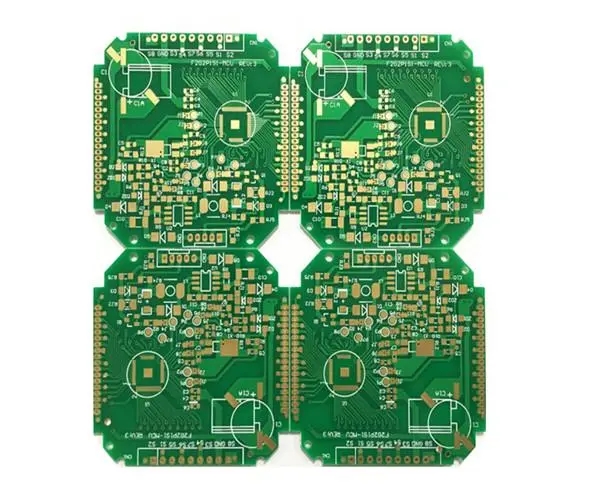 We selected the data of three listed companies as reference samples. We are also engaged in the production and sales of other products. For the sake of comparability, we focus on the gross profit margin of their printed circuit boards. It is roughly inferred from the situation of these enterprises that the average gross profit of PCB industry is about 20%.

The competition among peers is fierce: the enterprises in the industry are divided into three levels: high, medium and low. The middle and high end are dominated by foreign capital, Hong Kong capital, Taiwan capital and a few state-owned enterprises. Domestic enterprises are at a financial and technological disadvantage. Low end refers to small plants that operate irregularly. Due to less investment in equipment and environmental protection, they have cost advantages. At the middle end level, manufacturers are concentrated, and the competition is more fierce. Since 2006, some manufacturers have been rebuilt and expanded, which is difficult for the MARKet to digest quickly, and the price war is becoming increasingly fierce.

The industry concentration of an industry can reflect the intensity of competition in the industry. At present, there are many enterprises in the domestic printed circuit board industry, and the market concentration is low, which reflects that the production scale is difficult to expand and is restricted by the supply of raw materials.

The "ink-jet technology" PCB uses liquid metal instead of ink to spray it from the print head, spray the necessary materials to the necessary positions, and form a metal film. With the application of "liquid film forming technology", the circuit patterns on the chip can be described as if they were printed by a printer. Compared with the traditional "photographic flat panel technology", the PCB production process based on inkjet technology has many advantages: because the circuit is only formed where needed, it can save a lot of raw materials; Because the whole process is a dry treatment process, no waste liquid will be produced; The reduction of production steps reduces energy consumption; Moreover, this process is also very suitable for high mixing, small batch production and multi-layer structure production. What's more, the whole process based on ink-jet technology is an environment-friendly and low environmental load production process.

Due to the cost, this kind of circuit board is far from mass production at present; However, in the case of increasingly serious environmental problems, this is a development trend.

The rise of Southeast Asia: because the cost of labor and environment is lower than that of China, it has attracted a lot of foreign capital to invest there; Especially in India, there is a great demand for PCB in its own market. Low end products, such as single and double sided PCBs, have low entry costs and investment, and manual workshops can survive with low cost operation.

Affected by the rising price of upstream raw materials, suppliers have the power to rise to maintain profitability. PCB suppliers are highly concentrated and have strong bargaining power.

Copper clad plate, copper foil, sEMI solidified sheet, chemical solution, anode copper/tin/nickel, dry film, ink and other products are the main raw materials required for PCB production. The proportion of raw material cost in the cost is 66%. In recent years, due to the sharp rise in the price of oil and non-ferrous metals, the cost of raw materials has increased significantly.

CCL accounts for about 40% of the total PCB production cost, which has the largest impact on PCB costs. Large PCB companies will sign long-term contracts with CCL plants to reduce the impact of raw material price fluctuations.

It can be seen that at present, the PCB industry is facing fierce competition, threats and challenges continue to exist, and the industry is generally attractive.

Five Development Trends of PCB Technology in the 21st Century