The SMAllest package that can be attached: 0201, the accuracy can reach ±0.04mm

Minimum device accuracy: PLCC, QFP, BGA, CSP and other devices can be mounted, and the pin spacing can reach ±0.04mm

The Huawei RRU3908 is an outdoor Radio Base Station with one to four carriers and one to six sectors at 20/40 Watt RF output power per carrier.

Network communICation is handLED by a Freescale MPC8321 PowerQUICC2 CPU which runs at 200 MHz and has 2x 256 MB Hynix DDR2 RAM. It utilises a PMC QuadPHY 10 GB controller for the two optical input / output.

Decoding and encoding of the single bit streams for ADC and DAC are handled by the 3 Altera Cyclone III FPGA and the custom Huawei SD6151RBI controllers.

The single bit streams are treated by the Texas Instrument TMS320 series DSP CPUs. TMS320C6410 which is a fixed-point DSP that only calculates with integer numbers and the TMS320CT16482 1 GHz DSP CPU calculates floating point numbers. 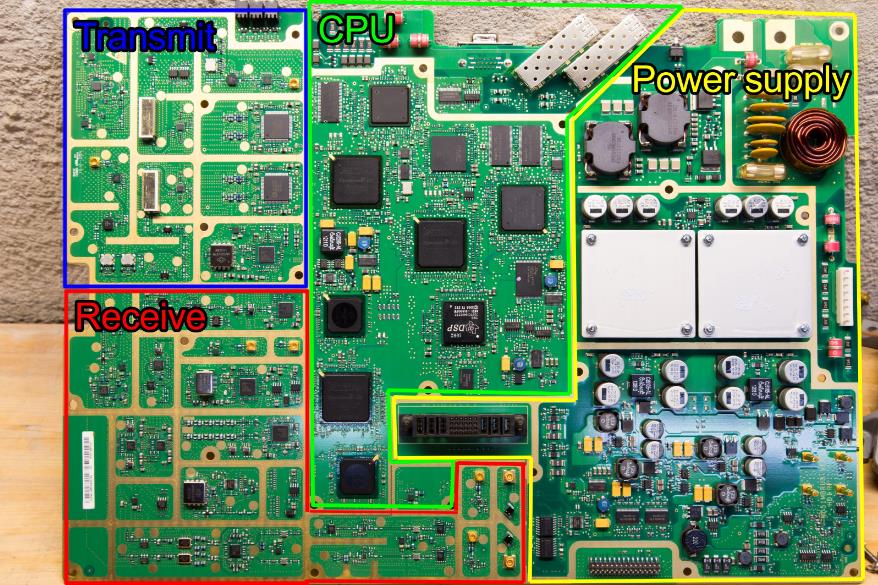 The local oscillator for the downconversion mixer is a Analog Devices ADF4110B.

A SIPAT SAW filter is used for isolation.

Depending on signal origin or type, I assume that the Analog Devices AD8376 Variable Gain Amplifiers are used before the signal lines split out into either a 3G ADC line or 4G ADC line.

The 3G line analog to digital conversion is handled by the Analog Devices AD6655-10 which is a 14-bit 150 MSPS chip that is specifically targeted for the 3G base stations.

All timing is handled by the Analog devices AD9516-3 which is a 14-output clock generator with a built in 2 GHz local oscillator.

The single bit datastream from the Altera Cyclone III FPGA is handled by 2 Analog Devices TxDAC AD9788 which are specified for 16-bit 800 MSPS.

To get the signal up in frequency to the broadcast carrier frequency 2 Analog Devices ADL5375-05 upconversion modulators are used. These has a range from 400 MHz to 6 GHz.

The signal is then sent through a 5 staged ceramic resonator band pass filter.

Signal phase can be switched from the setup of transistors and EMC Technology & Florida RF Labs HPJ2F hybrid couplers.

The pre-amplifier before the signal is sent to the power amplifier is a Freescale MMG3004NT1 high linearity amplifier capable of 17 dB amplification in the range of 400 MHz to 2.2 GHz. 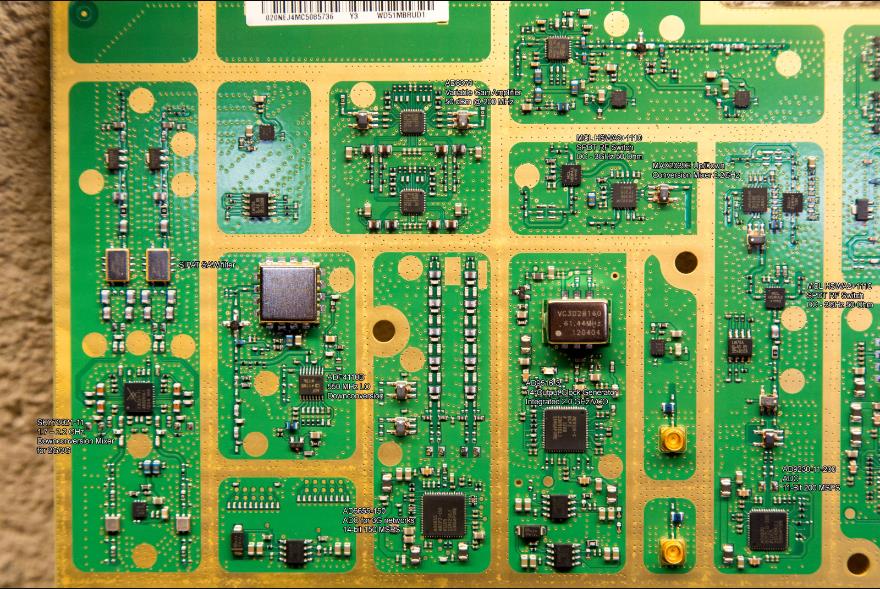 To control the signal strength a MCL 31R5 digital step attenuator sits before the output connector. This is a 31.5 dB attenuator that can work in 0.5 dB steps from a 6-bit serial control interface.

The power amplifier uses two stages where the first is a Infineon PTMA180402FL 40 Watt RF LDMOS that through a Xinger II XC1900A-03S hybrid coupler feeds two 90 degree out of phase signals to the output stage transistors which are NXP BLF6G20LS-140 140 Watt RF LDMOS.

The output is recombined in a Xinger II XC1900A-03S hybrid coupler before leaving to the DIPlexer through a circulator.

The SMAllest package that can be attached: 0201, the accuracy can reach ±0.04mm

Minimum device accuracy: PLCC, QFP, BGA, CSP and other devices can be mounted, and the pin spacing can reach ±0.04mm