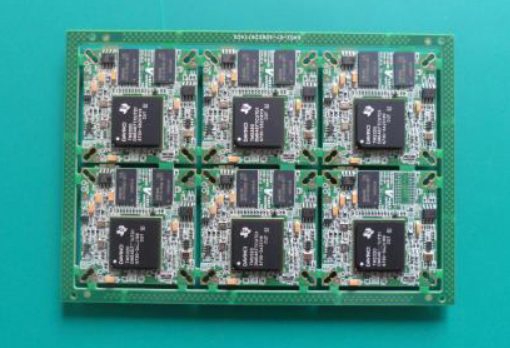 Characteristics and process of tin spraying on PCB surface

In PCB production, there are two laser technologies that can be used for laser drilling. The CO2 laser wavelength is in the far infrared wave band, and the ultraviolet laser wavelength is in the ultraviolet wave band. CO2 laser is widely used in the fabrICation of industrial micro vias for printed circuit boards. The diameter of the micro vias is required to be greater than 100 μ m (Raman , 2001) 。 For the fabrication of these large aperture holes, CO2 laser has high productivity, because the punching time required for CO2 laser to fabricate large aperture holes is very short. Ultraviolet laser technology is widely used in diameter less than 100 μ With the use of miniature circuit diagram, the pore diameter can even be less than 50 μ m 。

The energy of the laser pulse and the transmission efficiency of the beam determine the drilling time. The drilling time refers to the time when the laser drill drills a micro through hole. The beam positioning system determines the speed of moving between the two holes. These factors together determine the speed of laser drilling machine to make micro through-hole with given requirements. The dual head UV laser system is most suitable for use in integrated circuits SMAller than 90 μ M, and its aspect ratio is also very high.

The dual head CO2 laser system uses a Q switched RF excited CO2 laser. The main advantages of this system are high repeatability (up to 100kHz), short drilling time, wide operation area, and only a few shots are needed to drill a blind hole, but the drilling quality is relatively low.

CO2 laser effectively removes dielectrics, even inhomogeneous glass reinforced dielectrics. However, a single CO2 laser cannot make small holes (less than 75 μ m) And removing copper, there are a few exceptions, that is, it can remove the 5 μ Thin copper foil below m (lustino, 2002). Ultraviolet laser can make very small holes, and can remove all ordinary copper streets (3 - 36 μ m. 1oz, even plated copper foil). Ultraviolet laser can also remove dielectric materials independently, but at a slower speed. Moreover, for non-uniform materials, such as reinforced glass FR - 4, the effect is usually poor. This is because the glass can only be removed when the energy density is increased to a certain extent, which will also damage the bonding pad of the inner layer. As the stick laser system includes ultraviolet laser and CO 2 laser, it can achieve the best in both fields. With ultraviolet laser, all copper foils and small holes can be completed, and with CO 2 laser, dielectric can be drilled quickly.

Nowadays, the double head laser drilling system has various performances of different specifications, which can be applied to small PCB manufacturers as well as mass production PCB manufacturers.

Because ceramic alumina has a high dielectric constant, it is used to manufacture printed circuit boards. However, because it is fragile, the drilling process required for wiring and assembly is difficult to complete with standard tools, because the mechanical pressure must be reduced to the minimum, which is a good thing for laser drilling. Rangel et al. The use of a short pulse, low energy, high peak power laser helps to avoid the damage of mechanical pressure to the sample, and can produce an aperture less than 100 μ M high quality through hole.

Why do I need an impedance control PCB?