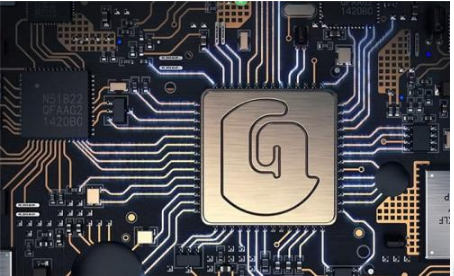 When PCB encounters short circuit of circuit board

1. Tin running due to improper operation in the film stripping liquid tank; 2. The plates with film removed are stacked together to cause tin leakage.

Improvement method: (1) The concentration of the film remover solution is high, the film remover takes a long time, and the anti coating film has already fallen off. The plate is still immersed in strong alkaline solution. Part of the tin powder is attached to the copper foil surface. When etching, a thin layer of metal tin protects the copper surface, which plays an anti-corrosion role, causing the copper to be removed not to be cleaned, thus causing a short circuit in the circuit. Therefore, we need to strictly control the concentration, temperature and time of the film remover. At the same time, the film remover should be inserted with a plate holder, and the plates should not be stacked together.

(2) The stripped plates are stacked together before drying, so that the tin between plates is immersed in the undried stripping solution, and part of the tin layer will be dissolved and attached to the copper foil surface. When etching, a thin layer of metal tin protects the copper surface, which plays an anti-corrosion role, causing the copper to be removed is not cleaned, resulting in short circuit of the circuit.

1. The control of etching solution parameters directly affects the etching quality. At present, our company uses alkaline etching solution. The specific analysis is as follows: 1.1 PH value: controlLED between 8.3 and 8.8. If the PH value is low, the solution will become viscous, the color will turn white, and the etching rate will drop. This situation is easy to cause side corrosion. The PH value is mainly controlled by adding ammonia. 1.2 Chloride ion: controlled between 190~210 g/L. The chloride ion content is mainly controlled by etching salt, which is composed of ammonium chloride and supplements. 1.3 Specific gravity: the specific gravity is mainly controlled by controlling the content of copper ions. Generally, the content of copper ions is controlled between 145~155g/L. The specific gravity is tested every hour or so to ensure the stability of the specific gravity. 1.4 Temperature: The temperature shall be controlled at 48~52 ℃. If the temperature is high, ammonia volatilizes quickly, which will cause pH instability. In addition, most of the cylinder block of the etcher is made of PVC material, and the PVC temperature resistance limit is 55 ℃. Exceeding this temperature will easily cause deformation of the cylinder block, and even cause the etcher to be scrapped. Therefore, an automatic temperature controller must be installed to effectively monitor the temperature to ensure that it is within the control range. 1.5 Speed: generally adjust the appropriate speed according to the thickness of the bottom copper of the plate. Suggestion: In order to achieve the stability and balance of the above parameters, it is recommended to configure an automatic feeder to control the chEMIcal components of the sub solution and keep the components of the etching solution in a relatively stable state. 2. The thickness of the electroplating layer is uneven when electroplating copper on the whole plate, resulting in unclean etching. Improvement methods: (1) During the whole plate electroplating, try to realize the automatic line production, and adjust the current density (1.5~2.0A/dm2) per unit area according to the size of the hole area. The electroplating time should be consistent as far as possible. Feiba ensures the full load production, and at the same time, increase the cathode and anode baffles, and formulate the use system of "electroplating edging" to reduce the potential difference. (2) If the whole plate electroplating is produced by manual line, double clamping rods shall be used for electroplating for large plates to keep the current density per unit area consistent as far as possible. At the same time, a timing alarm shall be installed to ensure the consistency of electroplating time and reduce potential difference.

1. The anti coating layer is too thin, and the coating exceeds the film thickness during electroplating, forming a film clip. In particular, the smaller the line spacing is, the easier it is to cause a film clip short circuit. 2. The pattern of the board is unevenly distributed. During the pattern electroplating process, several isolated lines have high potential, and the coating exceeds the film thickness, forming a film clip, causing a short circuit. Improvement methods: (1) Increase the thickness of the anti coating: select a dry film of appropriate thickness. If it is a wet film, it can be printed with a low mesh screen, or the film thickness can be increased by printing the wet film twice. (2) The pattern distribution of the board is uneven, and the current density (1.0~1.5A) can be appropriately reduced for electroplating. In daily production, because we want to ensure the output, we usually control the electroplating time as short as possible, so the current density used is generally 1.7~2.4A, so the current density obtained in the isolated area will be 1.5~3.0 times of that in the normal area. In general, the coating height in the isolated area with small spacing will exceed the film thickness a lot, and the film will not be clean after the film is removed, In serious cases, the anti coating film is clamped at the edge of the line, resulting in short circuit of the film, and the thickness of the solder mask on the line is too thin.

For our company, the invisible micro short circuit is the most troublesome problem and was once the most difficult to solve. About 50% of the finished boards with problems in the test belong to this kind of micro short circuit problem. The main reason is that there are invisible metal wires or metal particles in the line spacing. Improvement method: 1. Because the grinding plate is physically roughened before resistance welding, the depth of the grinding brush MARK is generally 0.3~1.5 μ M, because there are a lot of metal chips attached to the plate surface at the edge of the plate during the plate grinding process, some of them are not cleaned during the pressure water washing, and the surface of the sponge suction roller attached to the water washing is likely to be attached to the plate surface when the plate continues to pass later, resulting in many invisible short circuits of the finished plate. In order to avoid this kind of phenomenon, we must clean the sponge suction roller regularly, This is very important, but also very easy to be overlooked! 2. The washing water behind the grinding plate shall be replaced regularly to ensure that the water in the washing cylinder is kept clean. 3. The plate mill shall be cleaned and maintained regularly (with 3-5% NaOH solution and 3-5% H2SO4 solution respectively), the copper powder accumulation in the water tank and the micro biological objects in the water shall be cleaned, and the interior of the air drying section and the fan filter shall be cleaned and kept clean regularly.

The main reason is that the film line is scratched or the coated screen plate is blocked by garbage, and the copper exposed at the fixed position of the coated anti coating leads to short circuit. Improvement method: 1. The film negative shall be free of trachoma, scratch and other problems. When it is placed, the film surface shall be upward and shall not rub with other objects. When copying the film, the film surface shall be operated. After use, it shall be timely stored in a suitable film bag. 2. When aligning, the film shall face the board. When taking out the film, use both hands to pick it up diagonally. Do not touch other objects to avoid scratches on the film surface. When each film alignment board reaches a certain number, stop the alignment for inspection or replacement by a specially assigned person. After use, put it into a suitable film bag for storage. 3. Operators shall not wear any ornaments such as rings and bracelets on their hands. Nails shall be trimmed and kept smooth. No sundries shall be placed on the surface of the alignment table. The table top shall be kept clean and smooth. 4. The screen must be strictly checked before production to ensure that there is no blockage. When coating wet film, spot check is often required to check whether there is garbage blocking the screen. When there is no printing for a period of time, the blank screen shall be printed several times before printing, so that the thinner in the ink can fully dissolve the solidified ink and ensure smooth oil leakage of the screen.

1. Scratches on the film surface caused by improper alignment after wet film coating. 2. The connecting plate at the outlet of the developer is too busy, causing collision and scratch between plates. 3. Improper plate removal during electroplating, improper operation during clamping, improper operation during plate passing before manual line processing, etc. cause scratches. Improvement method: (1) Since it is easy to cause scratches when inserting boards after coating wet film, it is better to keep a long distance between boards to ensure no scratches on the board surface. When aligning, take and place the boards with both hands to strictly avoid overlapping of boards or friction between boards and aligning table to avoid scratching the board surface. (2) During development, adjust the spacing of plate placing according to the size of the plate and the operation ability of the plate receiving person. When there is no plate receiving person at the plate outlet, the plate shall not be placed at the entrance of the machine. When receiving the plate, use both hands to clamp the plate, so as to prevent the plate surface from being scratched due to collision between plates. (3) During electroplating, take and place plates with both hands to prevent two or more plates from being stacked together for clamping. Avoid friction between the plate and the table when manually wiring the plate. Do not have too many plates before manual wiring. When passing the plate, clamp one plate to the ground to avoid collision. Professional PCB manufacturers and PCB design solution service providers focus on the development of PCB industry and are trustworthy.