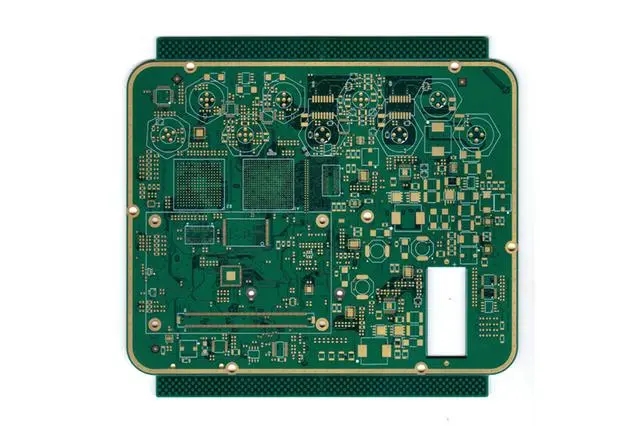 In 1936, Austrian Paul Eisler first used printed circuit boards in radios. In 1943, most AmerICans used this technology in military radios. In 1948, the United States officially recognized that this invention could be used for commercial purposes. Since the mid 1950s, PCB has been widely used.

Before the emergence of PCB, the interconnection between electronIC components was completed by direct wire connection. Nowadays, wires are only used for laboratory test applications; Printed circuit board has definitely occupied the position of absolute control in the electronic industry.

Copper clad laminate is the substrate material for making printed circuit boards. It is used to support various components and can realize electrical connection or electrical insulation between them.

From the beginning of the 20th century to the end of the 1940s, a large number of resins, reinforcement materials and insulating substrates for substrate materials emerged, and the technology was initially explored. All these have created the necessary conditions for the emergence and development of the most typical substrate material for printed circuit boards - copper clad laminate. On the other hand, PCB manufacturing technology with metal foil etching (subtraction) as the mainstream has been initially established and developed. It plays a decisive role in determining the structural composition and characteristic conditions of CCL.

In printed circuit boards, lamination is also known as "lamination". It is used to laminated the inner monoliths, sEMI solidified sheets and copper foils together to form Multilayer boards at high temperature. For example, a four layer board needs to be made by pressing one inner single sheet, two copper foils and two sets of semi solidified sheets.

The drilling process of multilayer PCB is generally not completed at one time, which is divided into one drill and two drills.

The first drill requires the copper sinking process, that is, the hole is plated with copper so that the upper and lower layers can be connected, such as through holes, original holes, etc.

Film is an exposed negative. The PCB surface will be coated with a layer of photosensitive liquid, which will be dried after a temperature test of 80 ° C, and then pasted on the PCB board with film. Then, the film will be exposed by an ultraviolet exposure machine, and the film will be torn off. The circuit diagram is displayed on the PCB.

Green oil refers to the ink coated on the copper foil on the PCB. This layer of ink can cover conductors other than pads, avoid welding short circuit, and extend the service life of the PCB during use; It is generally calLED resistance welding or anti welding; The colors are green, black, red, blue, yellow, white, matt, etc. Most PCBs use green solder resist ink, which is commonly called green oil;