The characteristics of each layer of circuit boards

Single-panel wiring diagrams are mainly based on screen printing, that is, a resist is printed on the copper surface, and after etching, the mark is printed with a solder mask, and finally the part guide hole and the part are completed by punching. shape. In addition, some products that are produced in small quantities and diversified use photoresist to form patterns. 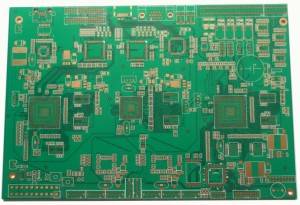 There are wiring on both sides of Double-Sided Boards. However, to use wires on both sides, there must be a proper circuit connection between the two sides. The “bridge” between such circuits is called a via. A via is a small hole filled or coated with metal on the PCB, which can be connected to the wires on both sides. Because the area of ​​the double-sided board is twice as large as that of the single-sided board, and because the wiring can be interleaved (it can be wound to the other side), it is more suitable for use in circuits that are more complicated than the single-sided board.